At the Service of Producers and Consumers 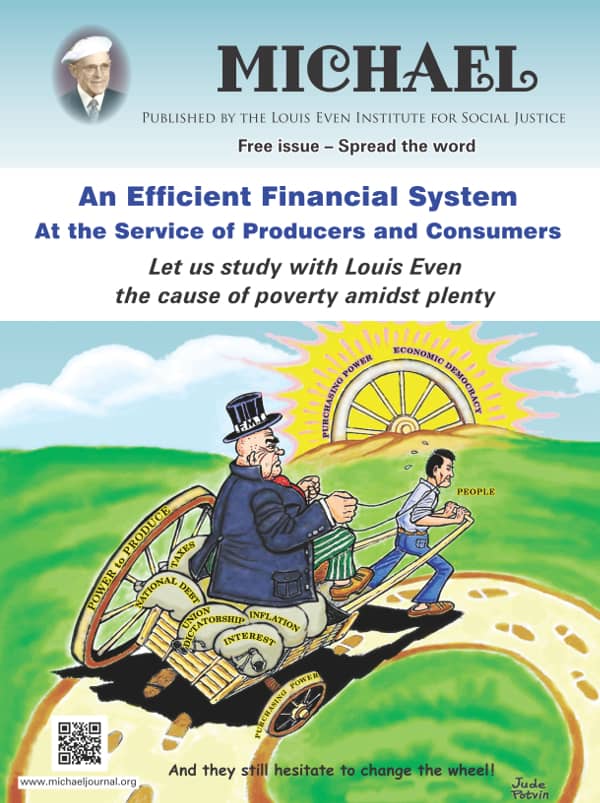 The financial system discussed in this booklet is generally known as Social Credit. Its principles were set forth by the Scottish engineer and economist Clifford Hugh Douglas and have not been applied anywhere to date. They were first published in 1918 and since then have been taught throughout the world by followers of Social Credit.

Douglas’ proposals would eliminate all financial problems where no physical limitations on production or distribution exist. His system puts finance in the role of service to the economy.

Douglas developed his proposals without much consideration given to their implementation. He pointed out that methods of implementation would vary according to place and established customs, etc., and could be modified, when necessary, if the principles were respected.

The Social Credit publications, “Michael” and “Vers Demain”, and similar writings have generally refrained from discussing methods for establishing a financial system that conforms with Douglas’ principles.

We believe that our role is foremost to explain what people need to obtain from their economic activities. We also wish to explain the reasons why people are entitled to the benefits which we will describe.

Bearing this in mind, Douglas addressed a meeting of Social Crediters in these words: “The bankers themselves will establish Social Credit — once, of course, they receive the order to do so.”

Douglas suggested that in order to get out of the financial rut in which individuals and governments found themselves during the 1930’s, the government should assemble a few of the country’s leading bankers, lock them up and keep them locked up until they found a remedy to the evils that afflicted the world!

Herein we will discuss how Douglas’ proposals may be implemented. How can a constant equilibrium between prices and purchasing power in the public’s hands be achieved? How can new production be financed, not with savings, but with newly created Credits?

Our goal is simply to demonstrate that it is possible to implement Douglas’ proposals rather than to show that a particular method is the only way. We advocate these methods because they seem to be the most practical and the least confusing. The methods proposed make use of the existing financial system, but free it from the defects that stop it from serving human needs.

Root of the Problem

A Dividend to All 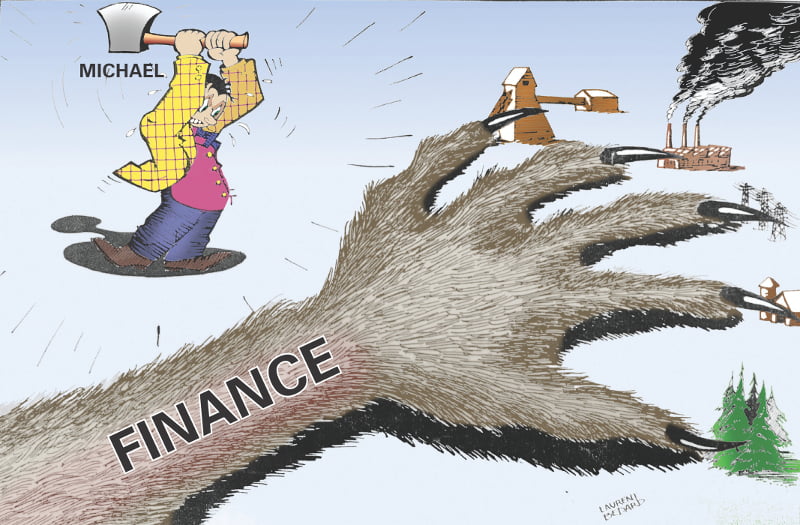