Root of the Problem

Written by Louis Even on Friday, 27 May 2016. Posted in An Efficient Financial System

Why criticize and denounce the present financial system?

Because it does not attain its goal.

What is the goal of a financial system?

The goal of a financial system is to finance the production and distribution of goods that satisfy needs.

If the financial system succeeds then the goal is achieved, if it doesn’t succeed the goal is not achieved. In doing anything else the goal is missed.

Why do you say that the present financial system does not meet its goal?

Because there are public and private goods that are required by the population and that can readily be made but are not because the financial system will not finance their production.

Moreover, there are goods offered to a population that need them, but some individuals or families cannot obtain these goods because the system does not finance their consumption. These facts can not be denied.

How are production and consumption financed?

Through Means of Payment in the form of coins, paper money or cheques drawn on bank accounts.

These Means of Payment can be termed Cash Credits because everyone accepts them. The word ‘credit’ implies confidence. One equally accepts four quarters, a one-dollar bank note or a one-dollar cheque drawn on any bank where the cheque’s signer has a bank account. With any of these three Means of Payment a producer can pay for labour or materials for the value of one dollar and customers can purchase consumer goods for the value of one dollar.

From where does Financial Credit, these Means of Payment, draw its value?

To whom does this Real Credit belong?

Real Credit is the property of society. There is no doubt that individual and group efforts have contributed to it. But without natural resources, which are a gift from Providence and not the result of individual competence, without organized society which allows for the division of labour, and without public services such as schools, roads, transportation systems, etc., the global productive capacity would be considerably less.

This is why we speak of national production and a national economy. These terms do not mean state controlled production. It is in this global productive capacity that each citizen finds a basis for the confidence he has that his material needs will be satisfied. This is what led Pope Pius XII to say in his 1941 Pentecost Sunday radio broadcast:

“The national economy, the fruit from the activities of men who work together in the national community, tends toward no other thing than to secure, without interruption, the material conditions in which the individual life of the citizens will be able to fully develop.”

To whom does Financial Credit belong?

At its source, Financial Credit, like Real Credit from which it draws its value, belongs to all. It is a communal good from which all members of the community must benefit in one way or another.

The use of this common good must not be subjected to conditions that hinder the productive capacity or divert production from its proper goal. This goal is to fulfill private and public human needs in the order of their urgency. Basic needs are to be satisfied first before the extravagant needs of a minority and before the grandiose projects of public administrators.

Can the general economy be led to conform itself to this hierarchy of needs without resorting to a dictatorship that plans everything, imposes production programs and administers the distribution of goods?

This can be accomplished through a financial system that guarantees to each individual a share of the community’s Financial Credit. This share needs to be large enough to allow each individual to obtain whatever is necessary to satisfy basic needs from his country’s production.

Such a financial system would dictate nothing. Production would organize itself according to the requirements established by consumers for private goods. Similarly, it would organize itself according to requirements established by public administrations regarding public works. On the one hand, the financial system would serve to express the will of consumers, and on the other hand it would be used by producers to mobilize the country’s productive capacity in order to meet those consumers’ requirements.

Is such a financial system possible?

Yes. Its broad outlines were developed by Clifford Hugh Douglas, the master and genius who introduced the world to what is known as Social Credit. Douglas summarized in three proposals the basic principles of a system needed to meet these goals and that would be flexible enough to adjust itself to the economy in all its stages regardless of the degree of mechanization, or automation. 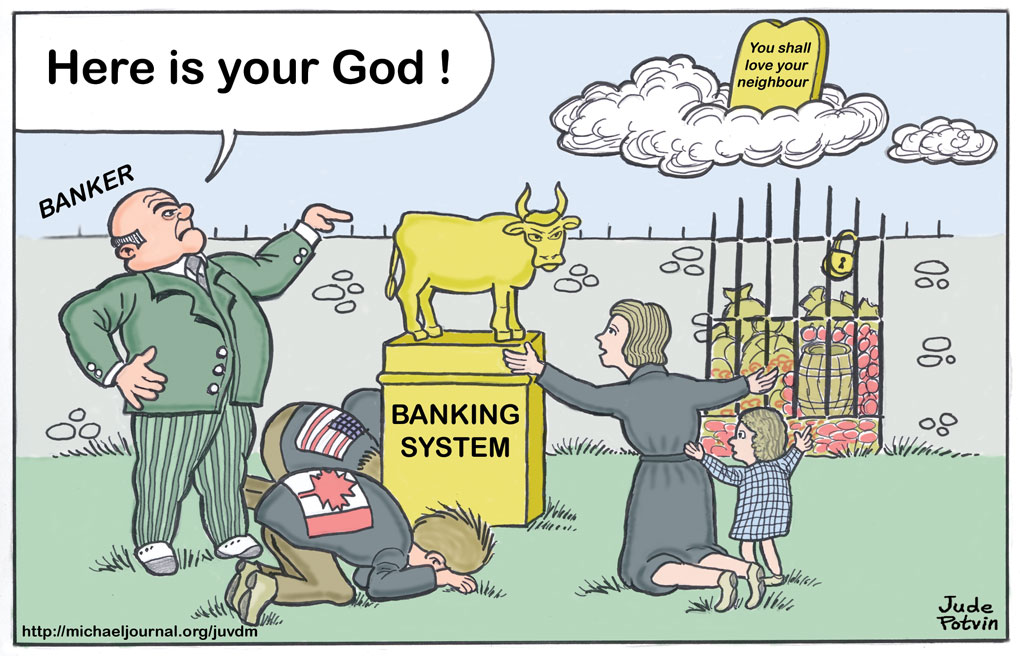