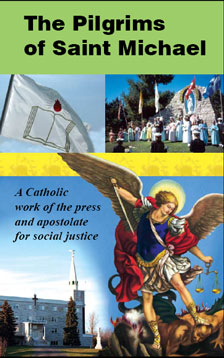 The journal, MICHAEL, does not report the scores of the last baseball season nor bring the reader up to date on who in Hollywood is getting a third or fourth divorce. We do not discuss sensational events such as murders, robberies and traffic accidents. There are no paid ads from supermarkets or car dealerships!

A glance through the magazine, published five times each year in four different languages, will demonstrate that we address monetary issues and matters of faith. The aim of MICHAEL is straightforward: to promote the development of a better world by applying Christian principles, especially in the sphere of economics. The reader can confirm we will always take a position against anything that threatens the natural order and Christianity.

MICHAEL is not only the name of the journal. It is also used to refer to the movement known as the Pilgrims of St. Michael.  (We might say that "the followers of MICHAEL aim to advance the monetary reforms known as Economic Democracy".)

MICHAEL, is named for St. Michael the Archangel, the leader of the angels who fought Satan and the rebellious angels. St. Michael stands with those among us seeking the triumph of good against evil. The apostles of the Pilgrims of St. Michael, similarly, are inspired by the battle for justice. We are located in Quebec, Canada where our parish church is named St. Michael's.

The reader might ask why the magazine addresses the question of money and the monetary system. The founder of the Pilgrims of St. Michael, Louis Even, answered: “It is because every economic problem, and almost every political problem, is above all a money problem. We never say that the money question is the only one to be solved, or the only one that must be dealt with...[however] it is certainly the most urgent one to solve, because all the other issues come up against this money problem.” Consider some of the problems affecting society that are related to money. We will name but a few: the slashing of public services and tax increases imposed when governments must reduce their deficits and debts, the procurement of abortions because parents cannot feed extra children, the selling of pornography and the exploitation of the human person to make a buck and the pollution of the environment in order to keep production costs low. Money is indeed at the centre of society's problems.

The Pilgrims of St. Michael, a Catholic Publication for Social Justice

The Battle of MICHAEL: Creating a Better World by Correcting the Financial System

What is Economic Democracy? 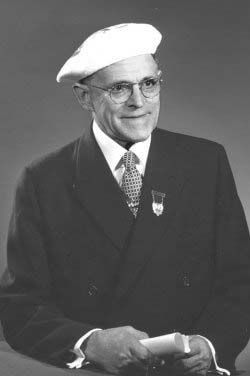 These are a set of financial proposals first advanced in 1918 to solve the problem of the chronic shortage of purchasing power in the hands of consumers by Scottish engineer, Clifford Hugh Douglas. The term “social credit” refers to social money, or national money, that is, money issued by society. This is opposed to the present financial system that can be called “bank credit”; that is, money issued by private banks.

When Louis Even discovered "the great light" of Social Credit he immediately understood that the principles would realize the Christian ideals of social justice in the sphere of economics. A Social Credit economy would ensure the provision of material goods to all; as it were, one's daily bread would be distributed to each citizen via the feature known as the Social Dividend.

Social credit is what binds society together. Credit, after all, is another word for "faith” or “confidence”. In functional societies, mutual trust must exist in order for one to live without fear. Without respect for the moral order, provided by religion, life in society would be impossible. Without social credit, there would be disorder, revolution, and anarchy.

The inside cover of every edition of MICHAEL identifies our aims. We are “A journal of Catholic patriots, for the Kingship of Christ and Mary, in the souls, in families and in nations”. Our work is “For social justice through Economic Democracy in accordance with the teachings of the Catholic Church through the vigilant actions of heads of families, and not through political parties”.

The monetary reforms we call Economic Democracy are not the domain of the political party system even though there have been political parties in the past which advocated these reforms. We want the monetary policy to be above party politics; to be embraced by the nation and so endorsed by every political party.

Economic Democracy principles offer a new conception of economics. It may take the reader some time to come to a good understanding of it. Please do not be discouraged and do continue to study! An excellent method is to read articles in the archives to establish a good basis of understanding.

What is Social Credit? Practical Christianity, by Geoffrey Dobbs

A study of Social Credit by nine theologians

Social Credit and the teachings of the Popes, by Alain Pilote

The Money Myth Exploded, by Louis Even

Social Credit puts Money in its Proper Place, by Louis Even

Social Credit, for a Healthy Economy, by Louis Even

The Government Must Create its own Money, by Alain Pilote

For a Better Understanding of Social Credit, by Alain Pilote

Social Credit is not Socialism and is Not a Political Party, by Alain Pilote

Politics at the Service of the People

To Rely on a Political Party is Delusional, by Louis Even

Who are the Architects of the Journal? 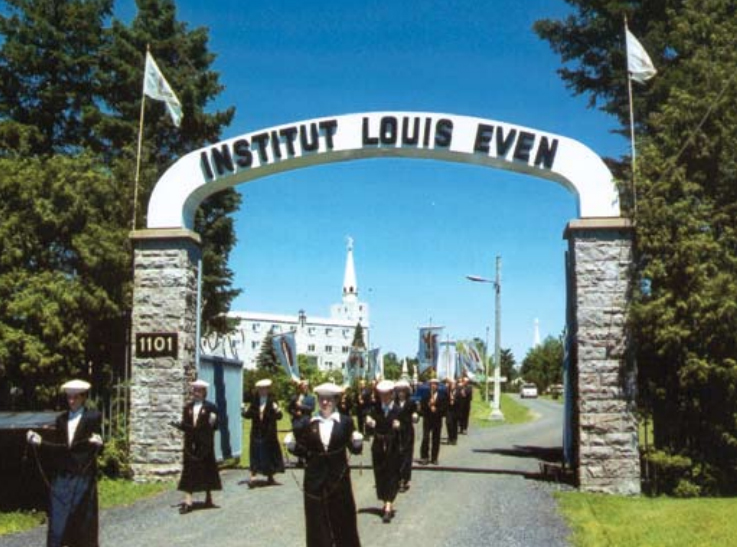 The entrance of our headquarters in Rougemont, Canada. Since 1991 we are known as the “Louis Even Institute for Social Justice”, in honour of the founder, Louis Even

The MICHAEL journal was founded in 1939 by Louis Even and Gilberte Côté. When Mr. Even passed away in 1974, Mrs. Côté-Mercier became Editor, until her death in 2002. Full- time Pilgrim, Thérèse Tardif succeeded her. Alain Pilote is the current editor of MICHAEL. The Rougemont, Canada site has been the headquarters of The Louis Even Institute for Social Justice since 1962 and is staffed by full-time and part-time volunteer apostles known as the Pilgrims of Saint Michael. Our work is to spread the teachings contained in our publications in order to advance dedication to this sound monetary system around the world. Pilgrims of St. Michael go 'door to door' soliciting subscribers and discuss our teachings. We can be identified by the 'white beret' we wear.

Many people around the world are dedicated to the cause on a part-time basis. Part-time apostles solicit subscriptions and pray with families. In addition to the journal, MICHAEL, they also distribute a variety of free newsletters on specific themes. 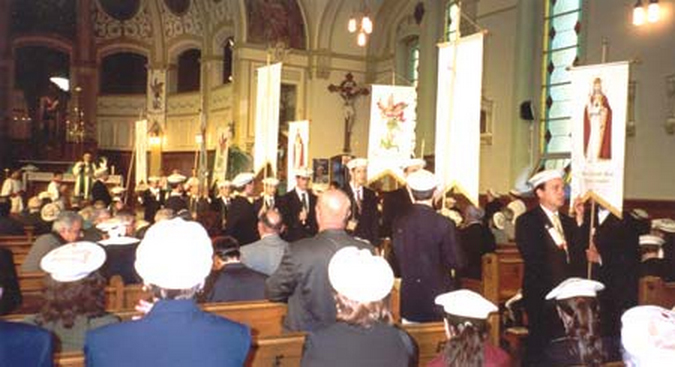 The Pilgrims of St. Michael at the parish Church in Rougemont, Canada

The Pilgrims of Saint Michael are also known as the “White Berets”. We are Roman Catholics who are faithful to the teachings of the Church. Full-time members attend daily Mass and pray as a community. St. Hyacinthe Diocese granted permission for the Blessed Sacrament to remain on site at the House of the Immaculate, the men's residence and The Bishop of the diocese celebrated the first Mass in one of our chapels located on the grounds of The Louis Even Institute. 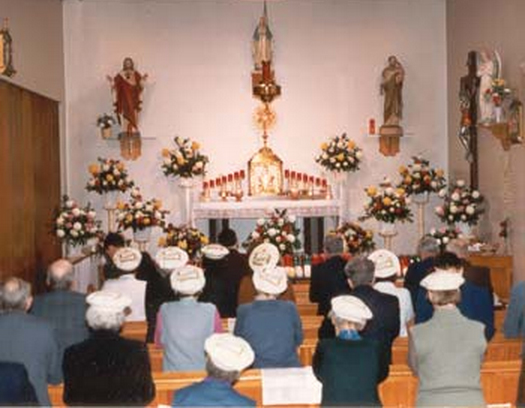 Annually, the Pilgrims of St. Michael gather for the Siege of Jericho, a time of prayer before the exposed Blessed Sacrament

In the "door to door campaign", the Pilgrims of Saint Michael never ask for money for the Church and do not indicate they represent the Church. We are lay people bringing a message that there is an economic solution that can be embraced by any person of good will. The Church has a Social Doctrine and the financial proposals of Economic Democracy best embody Her teachings.

A Biography of Louis Even and the History of the Movement

Louis Even, a Great Apostle of Justice

A Biography of Gilberte Côté-Mercier

The Need for Apostles

Our work is to advance the teachings of Economic Democracy in the population. This is because we will succeed only by educating the broad community. When a critical mass understands these economic reforms it will not matter which party holds public office. There will remain no option other than to adopt and apply the system regardless of the party in office. We hold that the power of the financial elite lies in the ignorance of the population. Only when their machinations are understood widely will their power be challenged.

Please subscribe to MICHAEL and encourage others to subscribe. We always need supporters to distribute educational materials in their regions. Please contact us if you feel called to this work.