Written by Louis Even on Friday, 27 May 2016. Posted in An Efficient Financial System 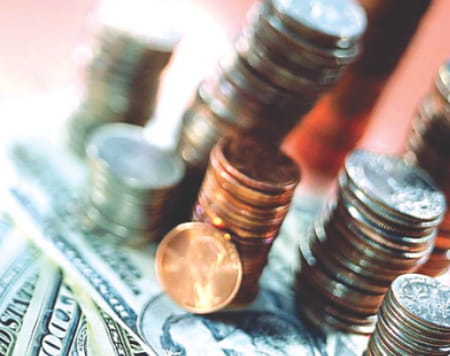 If I have understood correctly, under a Social Credit financial system, the banks could continue to operate as they do today. They would lend money at interest to producers of consumer goods and contractors of public works.

The Credit they would lend belongs to society. The banker would no longer lend money that he created but Credit obtained from the Central Bank. The Central Bank is the custodian of the nation’s Credit. Chartered banks would not create Credit, only distribute it.

This may seem insignificant at first but there is an enormous difference. As Douglas pointed out before a committee of the Alberta Legislative Assembly in 1934: “If credit is at birth the property of financial institutions, these institutions get, for nothing, a mortgage security on all wealth produced and financed by this credit. Whereas if all credit is, at its source, the property of society, it is the whole population which has this mortgage security and it is the population as a whole which provides the loans. This confers on all citizens the right to a dividend, a share of the wealth produced and financed by this social credit.”

Would this Financial Credit continue to be trahsient money as it is today? Would it be created as a loan which disappears and is cancelled when the loan is repaid?

Again this seems to make little difference as today’s chartered banks already create money as new loans. But the proposed method is more in keeping with reality.

Should the Financial Credit issued by the Central Bank and put into circulation through commercial banks have to be returned to its source at a predetermined date just as it does under today’s loan conditions?

No. The Credit that is used to finance production would leave its source according to the rate of production, whether private or public. Credit would return to its source at the rate of consumption and depreciation.

Asking that this return occur faster than does consumption is not in keeping with reality. This fact is even more obvious when dealing with public works.

We contradict reality when we remove Credit from circulation through taxation. Twice the price is paid for an aqueduct, a bridge, or a school building through inflated loans, before they are “consumed” even once.

Does this mean that there is no relation today between the flow of money and the flow of real wealth?

This is precisely one of the great defects of the present system for several reasons. Not only because we require that production Credits be returned faster than consumption occurs but also because there is a gap between the cost prices of products and the Means of Payment in consumers’ hands.

Price is calculated while the product is being manufactured. A final price is added to the finished goods as they reach the market place, whereas the money distributed during the production process follows different paths and is spent at different points in time. Money spent today uses money earned today and buys products made in the past. This means that there will be no money to purchase the products that reach the market place today. It will already have been spent.

Costs are included in the retail price for the replacement of machinery. There are also individuals’ savings which are no longer part of the purchasing power although they are included in prices.

So if there is no Price Adjustment, as proposed by Social Credit, the unavoidable gap between purchasing power and prices remains, and production does not meet its goal.

One more point must be made. The amount of purchasing power now available leaves out many consumers. Purchasing power is distributed mainly as a reward to producers. Those not hired for wages have little or no purchasing power. For all of these reasons, we need to take into account the financing not only of production but also of consumption.

This need grows as progress benefits production and reduces the workforce.

Where must the Means of Payment come from to finance what is now lacking for consumption?

Just as for the financing of production, the Means of Payment will come from the Central Bank. This too can be managed through commercial banks.

Would this be money loaned at interest by commercial banks to consumers?

Douglas makes this distinction when he talks about Credits and Cash Credits. Credits are the money advances for production that must be repaid to the lending bank. Cash Credits are what we might call “consumer money” that the consumer uses as he pleases.

The difference between these two kinds of money lies in their function and not in their nature. In fact, both are Financial Credit originating from Real Credit. Note that money for production changes into consumer money when it is paid by the producer as wages, salaries and industrial dividends.

Today, virtually all consumer money was once money used for production, since it is through the activities of production that purchasing power is distributed.

Under a Social Credit system, additional consumer money would come directly from the Central Bank, or national Credit Office, without going through industry in two ways:

A) as a compensation to the seller for the general discount granted to buyers in accordance with the Price Adjustment mechanism mentioned above; and

B) as a social Dividend to All, the topic of the next section.

This increase in purchasing power would allow consumers to meet certain costs that are included in prices but that are not yet in consumers’ hands when goods are available to purchase.

This would be more satisfying than contracting debts to financial institutions. The present system allows some financiers to benefit and has the population suffer under a system that is incapable of establishing an equilibrium between prices and purchasing power.