2021, a Year Dedicated to Saint Joseph

Written by Alain Pilote on Monday, 01 March 2021. Posted in Editorial 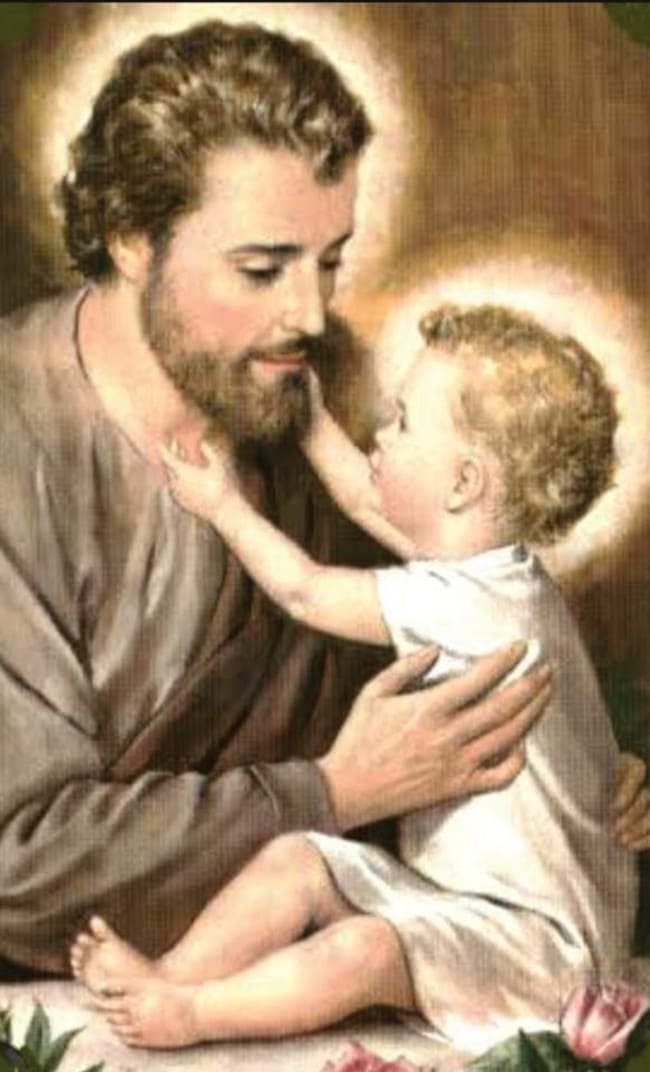 Pope Francis declared 2021 a year dedicated to Saint Joseph on the occasion of the 150th anniversary of his proclamation as Patron of the Universal Church by Blessed Pius IX. We have an opportunity to meditate on the many great attributes of Saint Joseph as well as remembering that a special plenary indulgence can be obtained during this year.

Saint Joseph is a powerful intercessor for us with God. Saint Teresa of Avila declared that Saint Joseph had never refused her anything. Jean Jacques Olier, the founder of the Sulpician order, wrote that God, having chosen Saint Joseph to represent him on earth to raise His Son, is why “we must consider Saint Joseph to be the world’s greatest, best known, least understood…[because] the Father chose this one saint to be His image upon earth. He gives him, as though to Himself, a resemblance to His invisible and hidden nature, and as far as I can see, this saint is beyond the reach of man’s capacity to understand.”

Saint Brother André performed thousands of miracles and healings through the intercession of Saint Joseph. He also founded Saint Joseph’s Oratory in Montreal, the largest church in the world dedicated to this great saint. Catholics in Canada and New England still have great devotion to the head of the Holy Family thanks to the work of Saint Brother André (Go to Joseph). He passed away in 1937 and in the later years of his life warned us to beware of communism, the sworn enemy of the Church. In the same year, March 19, 1937, Pope Pius XI wrote an encyclical letter condemning atheistic communism, entitled Divini Redemptoris. In it, he placed “the vast campaign of the Church against world communism under the standard of St. Joseph, her mighty Protector.”

The enemies of the Church want to bring back communism in a slightly disguised form called the Great Reset. Advanced by the World Economic Forum, the aim is to collapse the world’s economic system and abolish private property (Capitalism, not Communism). It is not communism that the world needs, even when we can all agree that the current economic system requires change. Pius XI explained that communism is “intrinsically wrong”, since it seeks the destruction of the family, the Church, and private property.

Capitalism is far preferable to communism, but there is a flaw in its financial system, namely, the creation of money by private interests in the form of debt.

Monetary reform is fundamental and is the foundation for every other reform. This flaw must be corrected. What is required, and what the Catholic Church teaches, is that everyone own capital and that every person be recognized as a capitalist (Capitalism's Financial Flaw can be Fixed).

This is what the monetary reform principles known as Economic Democracy, or Social Credit, would accomplish. Every person’s status as a capitalist would be ensured by the distribution of a Social Dividend. What is the basis for this? A commonly held heritage consisting of the abundant supply of natural resources and the inventions and innovations of previous generations.

This year is the 150th anniversary of the apparition of the Virgin Mary in Pontmain, France, on January 17, 1871. In this small hamlet, Our Lady appeared with the following message: “Oh! Do pray, my children, God will answer you very soon. My Son allows Himself to be moved.” This is certainly a message of hope for the times we are experiencing. No matter the situation, God never abandons us, but He wants us to pray to Him, especially through the intercession of Mary, by the recitation of the Rosary, and Saint Joseph.

Saint Bernard wrote: “There are saints who have the power to protect us under given circumstances, but Saint Joseph was given the power to rescue us from all adversity and to safeguard all who have recourse to him in a spirit of piety.” We can therefore invoke Saint Joseph not only for our material concerns (asking him for the monetary changes we seek, for example), but also asking him for “the grace of graces: our conversion”, as the Holy Father wrote in his apostolic letter proclaiming the year of Saint Joseph. Good reading!