For the Safeguarding of Our Families 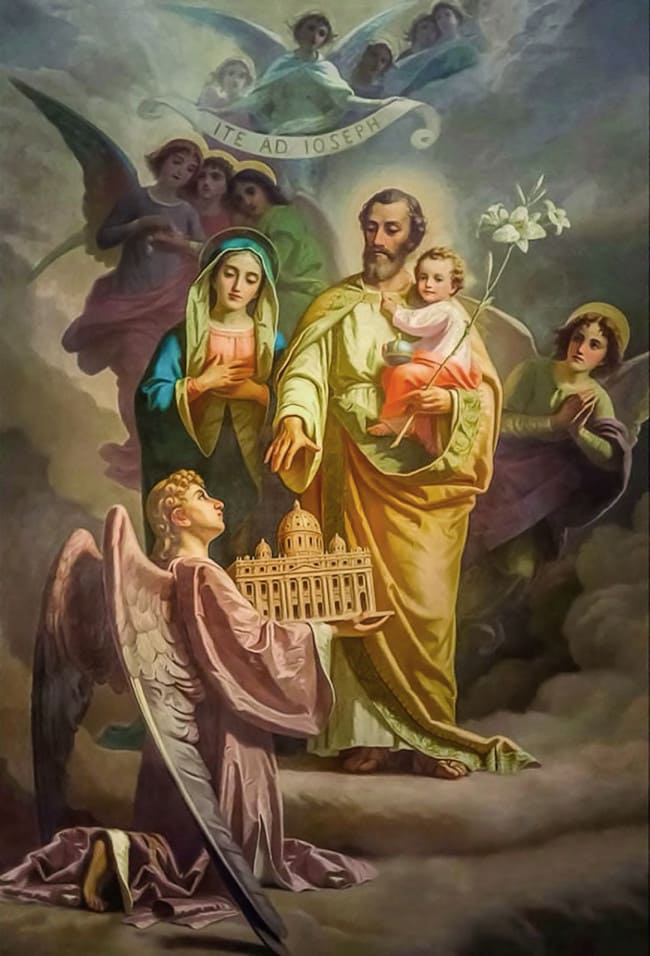 St. Joseph was declared Patron of the Universal Church by Pope Pius IX in 1870

Society has embraced new moral norms that are contrary to the Gospel. We can call it an anti-Gospel. In the new society there is neither room for God nor family. Some call this the “New World Order”, or the “Great Reset”. The new god has become technocratic science in which families will be “planned” and children will be “produced” in laboratories and raised in gender-neutral homes.

This may sound like science-fiction, but sadly it is not! This is the plan of the globalist elite — it is the far overreach of technocrats and the fruit of the perverse ideologies of liberal governments. It is atheistic communism on steroids, what Pope Benedict XVI once referred to as a “horrific Utopia”.

To the Wise Men in search of Jesus, Herod of old claimed that he too wished to worship the new King, “And he sent them to Bethlehem and said, “Go and search carefully for the Child; and when you have found Him, report to me, so that I too may come and worship Him” (Matt 2:8). The “Herods” of our day are still very active. President Joe Biden claims to be a “devout Catholic”, attending Mass on the morning of his inauguration, only to sign an executive order condemning millions of babies to death world-wide through abortion funding on the very same day! The resemblance to Herod of old is uncanny. “And [Herod] sent men and killed all the boys who were in Bethlehem and all its vicinity who were two years old or under, according to the time which he had determined from the magi” (Matt 2:16). 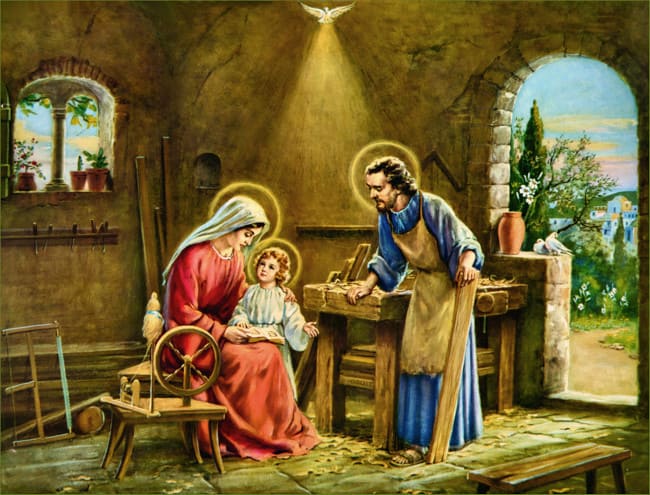 In 1647, a very holy woman in Quebec Canada, Barbe d’Ailleboust, wife of the French Governor of Canada, was inspired to bring devotion to the Holy Family into the homes of all New Canada. With the help of Bishop St. François de Laval, she founded the Confraternity of the Holy Family. It was her desire to help all families, and most especially the natives, to learn to live holy lives in imitation of the Holy Family. Among those to benefit from this devotion was young Kateri Tekakwitha (1656-1680), a Catholic saint who was an Algonquin – Mohawk laywoman from Caughnawaga, Quebec.

For 300 years this devotion to the Holy Family was practiced throughout the province of Quebec. Every French-Canadian home displayed an image of the Holy Family and every family prayed their Rosary devoutly each evening before this image.

The practice was so popular that Catholic schools encouraged the children to begin every lesson by writing J.M.J. (Jesus, Mary and Joseph) at the top of every piece of paper. This was done, not only in Canada, but in the United States as well, and anywhere that there was influence from the French-Canadian people, all a result of the founding of this Confraternity.

One of the greatest results of this devotion was the tremendous increase in vocations of priests, sisters and religious. There were so many vocations, in fact, that more missionaries were sent out throughout the world from the province of Quebec than from any other country.

The Time for St. Joseph 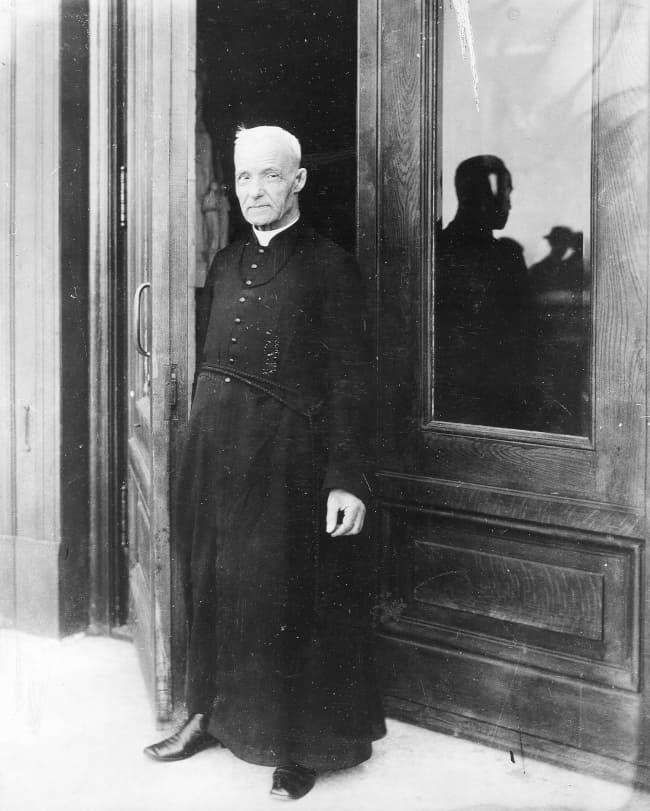 The humble doorkeeper, Brother André Bessette. “When I joined this community, the superiors showed me the door, and I remained 40 years.”

On December 8, 1870, Pope Pius IX declared St. Joseph as Patron of the Universal Church. From that time on, there began a “Time of St. Joseph”, so to speak. French speaking Canada already practiced a devotion to the Holy Family. St. Joseph had been named the Patron of New France in 1624 and had an important role in the peoples’ devotions. André Bessette, born in Mont Saint-Grégoire, Quebec, practiced these devotions as a child, later making his profession as a Brother of the Congregation of the Holy Cross in 1874. Because he lacked the formal education needed to become a teacher for the order, he became the humble “portier”, or doorkeeper, of the college. In humor, he would say to those who came to see him, “When I joined this community, the superiors showed me the door, and I remained 40 years.”

People would ask him for prayers and he would invite them to honor with him his favorite saint, St. Joseph. Sometimes he gave them oil from the lamp that burned in front of the saint’s statue at the college. When miracles began to take place, the people lined up outside the door, wanting to speak with Brother André. Very soon the congregation had to ask the young porter to “meet his people at a nearby trolley station” as the crowds were beginning to become too large.

By the end of Brother André’s life, tens of thousands of people from all walks of life had received miraculous healings from great St. Joseph, through the intermediary of this humble little man. Many would return to thank Brother André for their healing. This would upset him very much and he would tell them, “Do not thank me! It is to St. Joseph that you owe your gratitude!”

Today, because of all the graces and healings received, there now stands the largest shrine dedicated to St. Joseph in the world: the Oratory of St. Joseph on Mount Royal, in Montréal. It is said that the miraculous work of St. Joseph in Montréal rivals that of Our Lady of Lourdes in France.

St. Joseph in our Families 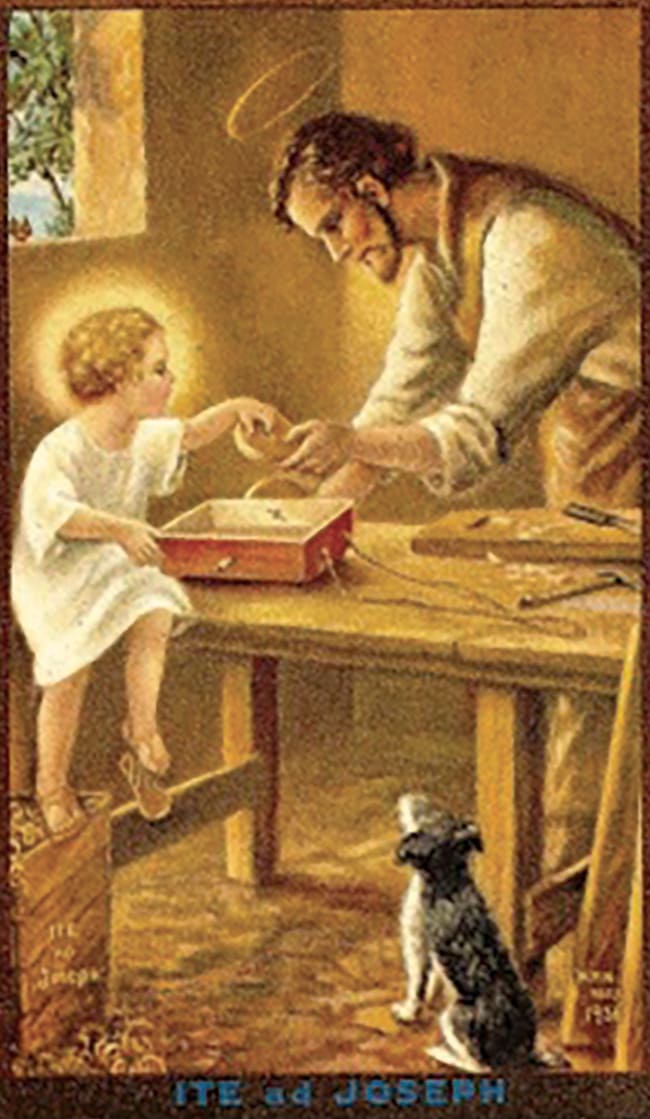 The role of St. Joseph to care and protect the Holy Family extended to instructing the Child Jesus, and must be imitated by fathers in their own families. Fathers need to ask St. Joseph for the courage to lead their families in prayer, especially the Holy Rosary. It is so important that children see their fathers on their knees worshipping before God. Heaven should be our goal, and fathers need to learn that the most important role they have to play in this life is to lead their families to Heaven. The powerful intercession of St. Joseph is what will give us the tools necessary to sanctify our families.

This year, 2021, is dedicated to St. Joseph. Let us invite him into our homes to safeguard our families against the diabolical attacks of this New World Order. Sr. Lucia, one of the seers at Fatima, Portugal, warned that “The final battle between the Lord and the kingdom of Satan will be about marriage and the family.” Many today in Quebec have abandoned this beautiful devotion to St. Joseph and the Holy Family — as a result, many have lost the faith. Since the most recent COVID-19 lockdown, not a single church is open to the people for Mass or the sacraments in all of Quebec! But if we could only turn back to God, we need not fear — St. Joseph is not only the Patron of the Universal Church, but he is also the Patron of Families, and he is invoked as the Terror of Demons! Consecrate your families to St. Joseph! 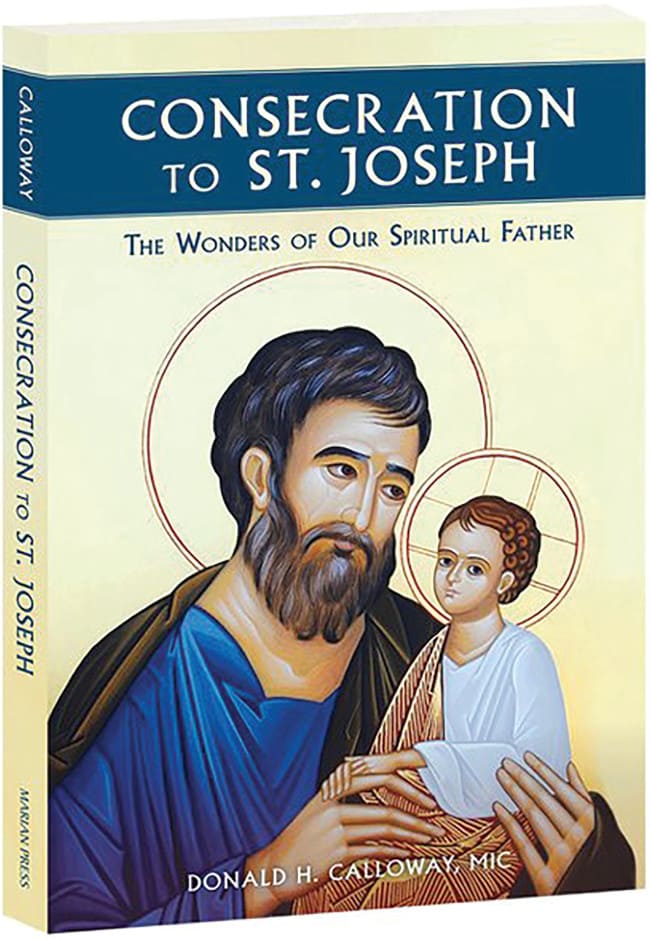 (Highly recommended!: CONSECRATION TO ST. JOSEPH: The Wonders of Our Spiritual Father, by Fr. Donald Calloway, MIC, available at: www.shopmercy.org)

In the booklet, Our Lady of America, the Blessed Mother, in 1954, spoke to Sr. Mildred Neuzil, about the life of the Holy Family, “It is the wish of My Son that fathers and mothers strive to imitate me and my chaste spouse in our holy life at Nazareth. We practiced the simple virtues of family life, Jesus our Son being the center of all our love and activity. The Holy Trinity dwelt with us in a manner far surpassing anything that can ever be imagined. For ours was the earthly paradise where God walked among men. The Divine Trinity will dwell in your midst only if you are faithful in practicing the virtues of our life at Nazareth. Then you also, my children, will become another paradise. God will then walk among you and you will have peace.” 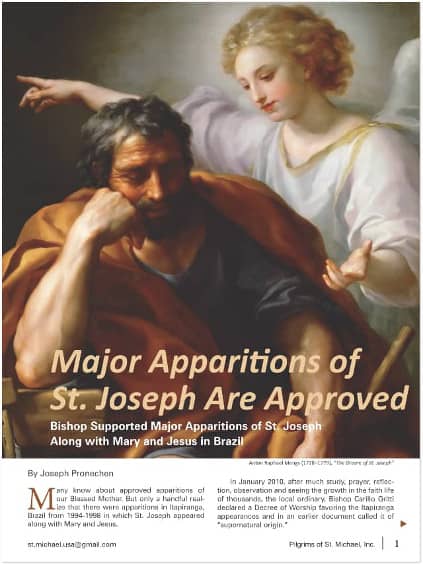 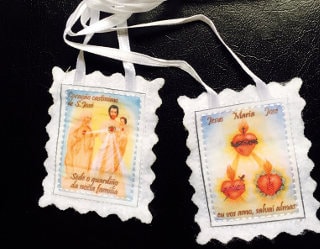