The Great Reset: Reality or a Conspiracy?

We published an article on the Great Reset, the World Economic Forums’ (WEF) plan for the world, in the October/November/December 2020 edition of MICHAEL. The article discussed Founder and Executive Chairman’s Klaus Schwab’s plans to transform the world’s economy from beginning to end, eliminating both the middle class and private property which will result in communism on a worldwide scale.

World leaders have been enthusiastic supporters of the project and main-stream media are gushing about the Great Reset, claiming it will benefit humanity by reducing consumption, pollution and carbon dioxide emissions. However, these same world leaders and media ignore the darker aspects of the Great Reset. Is the Reset a Machiavellian project designed to benefit the financial elite of this world? Are critics to be dismissed as conspiracy theorists? 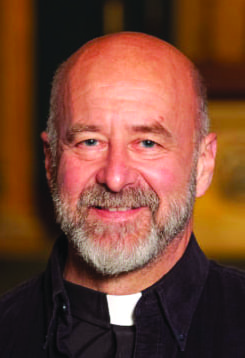 Fr. Dwight Longenecker, a Catholic priest, published a post on his website on January 25, 2021 titled Conspiracy? What Conspiracy? in which he said:

“What constitutes a conspiracy theory? One of the main components is that it proposes an alternative version of the truth combined with powerful, shadowy figures who are behind the scenes pulling the strings of their puppets in order to usher some nefarious new situation in which they have total power. The other trait of a conspiracy theory is the ability of the believers to ‘connect the dots’ and see patterns that nobody else can see… Time has moved on and most conspiracy theories of the past proved to be groundless. But that doesn’t matter. New conspiracy theories always spring up to take the place of the ones that are out of date. Therefore, I have come to distrust all conspiracy theories...

“However, and this is a big however, something is not a conspiracy theory when the conspirators are out in the open talking about what they are doing, and there are plenty of things going on in our society today for which (if you talk about them) you may be blamed for being a conspiracy theorist. It is okay to acknowledge these things and we should talk about them, but we should remain balanced and calm and talk about facts, not just wild-eyed theories.

“So let’s consider a few. Is there a group of people who are maneuvering for global domination and control? Yes. It’s not a secret and they are not a secret. They publicize the fact that they are meeting. The United Nations is a global power group, the World Health Organization, the World Economic Forum, the World Bank are just a few… These groups and many more are not secret. 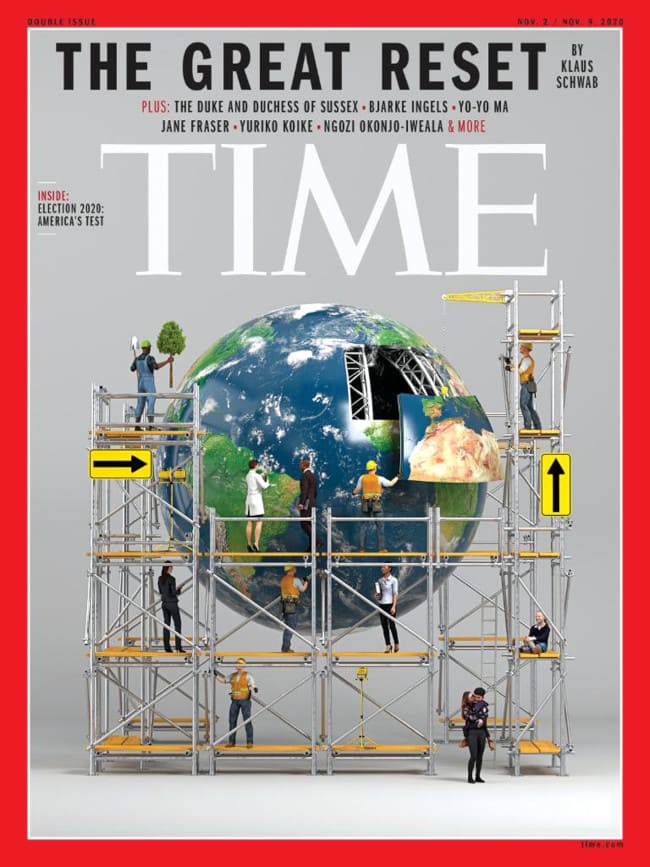 “Do they have a plan for world domination? Yes. It’s called the Great Reset. Again, this is not a secret. They put out slick publicity materials about it. It was featured on the cover of TIME magazine (Oct. 23, 2020 international edition). They are clear that they want to re-do the global economy. Biden’s Secretary of State, John Kerry, has said it will happen quickly. Biden is their man. The Democratic Party supports it. This is not a conspiracy theory. It is a plan, out in the open. (Editor’s note: Biden used the phrase “Build back better” in his political campaigning. This is a slogan of the Reset project.)

“Did this globalist establishment see Donald Trump with his America First agenda as the main obstacle to their plans? Again–this is not a secret. For four years they did everything possible to get rid of him. 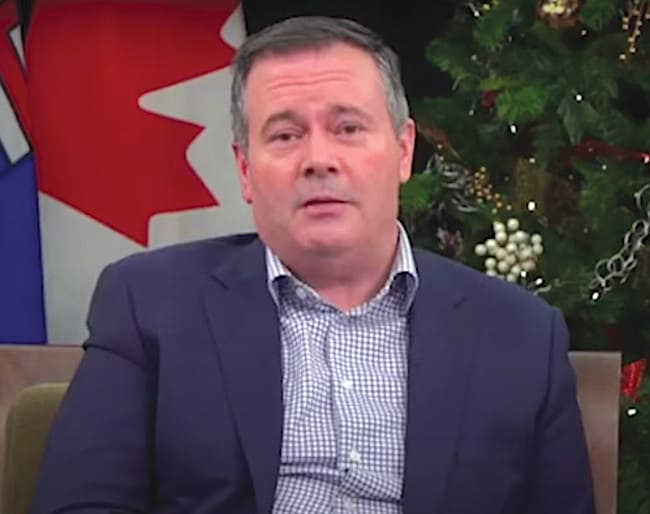 “I was asked this question, ‘Where do you stand on the Great Reset the Liberals are planning on introducing? Well, let me just say that, first of all, what is this Great Reset? Pierre Poilievre, the federal Conservative Party Finance critic, recently raised concerns about this and then was attacked by some in the media and by the Liberals for supposedly circulating conspiracy theories.

“Well, The Great Reset is actually the name of a book by a very prominent advocate of it, his name is Klaus Schwab; he sent me a copy – I guess he sent one to probably every government leader around the world, and Klaus Schwab’s thesis, in his book, is that governments, societies, the world, should ‘seize the opportunity of the public health and economic crisis to re-imagine the world and radically change policies’. 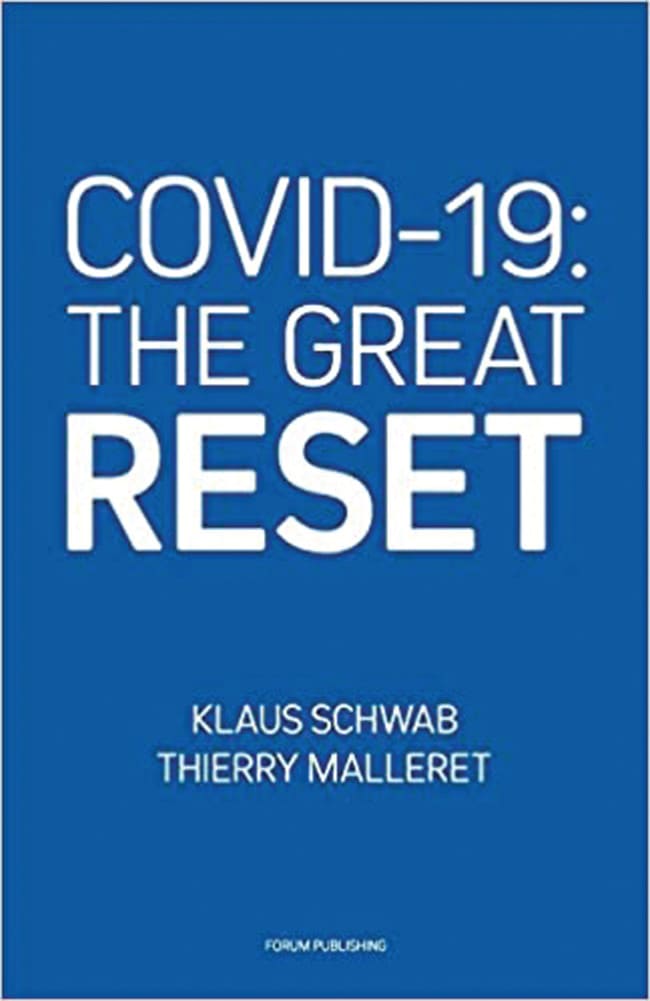 “Now, in what ways? I would describe it as a grab bag of left-wing ideas for less freedom and more government, for more government intervention for policies that would, I think, create massive poverty…

“Klaus Schwab, by the way, is the Founder and Executive Chairman of the World Economic Forum, also known as the Davos Summit; I call it the biggest gathering of global hypocrites in history. Davos is a little ski village in Switzerland, and every February, I think, a couple of thousand super rich people – a lot of billionaires, millionaires, global CEOs and politicians fly into Davos, men with hundreds of private airplanes, they go to Switzerland and spend a week basically lecturing the rest of the world, including especially working women and men, about how they should reduce their carbon footprint. The hypocrisy of that crowd is so thick that you can’t cut it with a knife.

“So I’m not going to be taking any policy direction from Klaus Schwab or his ilk. What I find offensive is that the so-called Great Reset is not a conspiracy theory, it is an actual set of concrete proposals being advocated by some very influential people, referred to it, quoted from it, including, apparently, by [Canadian] Prime Minister Trudeau who clearly alluded to it—the Schwab theory–in a speech he gave to the United Nations a couple of months ago1.

“So it’s not a conspiracy theory to talk about that; those are the folks advocating it, and I think it is perfectly legitimate for a democratically elected leader like me to say ‘Heck no! We are not going to exploit or take advantage of a crisis to advance a political agenda. If we are actually all in this, as we keep saying, [as] they say, then how about we focus on the crisis, on protecting lives and livelihoods, helping people get through this, and how about after that–instead of exploiting the crisis to impose on democratic societies a whole bunch of failed socialist policy ideas– how about we get re-focused on generating economic growth… on restarting some of the hundreds of thousands of businesses that will have gone under.”

It is misleading for Schwab to call his project the Great Reset, as if everything was going to be as it was before. Will it be like pressing a “reset” key on a device to restore it to its original state? On the contrary, a return to normal, to the state of affairs before Covid-19, is not at all Schwab’s objective. He tells us that nothing will be the same again; that the economy must first collapse (which is currently happening with extended lockdowns). We should rather call his project the Great Revolution. 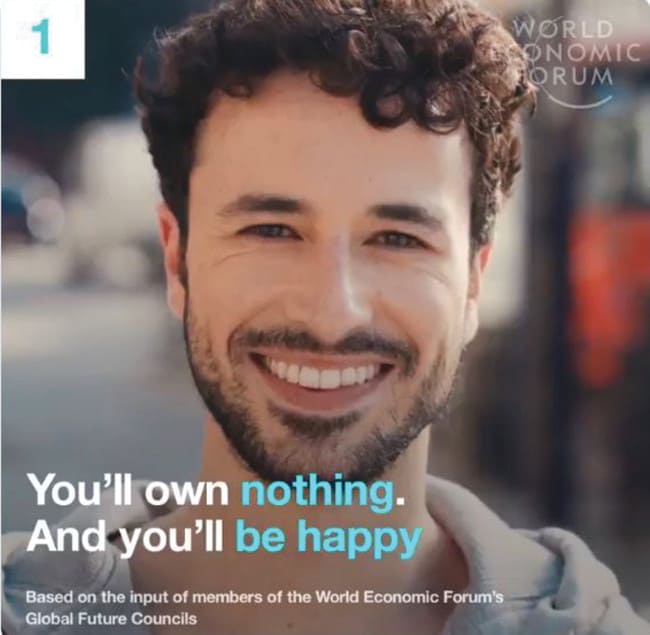 Picture taken from a video published on the official website of the World Economic Forum.

Socialism and communism are doomed to fail. The experience of the Soviet Union in the last century is proof of this. Nevertheless, this is what Klaus Schwab envisions, stating that in ten years from now, ““You’ll own nothing. And you’ll be happy!” According to Schwab, all private businesses will be gone, people will receive money from the government (in the form of digital currency as paper money will have been eliminated), but without the freedom to own anything, including a business. Without any other sources of income, people will become slaves to the state. A horse tethered to a post is guaranteed a meal every day, if he has a kind master, but he has no freedom.

This is the complete opposite of the Social Credit Dividend proposed by Clifford Hugh Douglas and Louis Even and taught in this publication. MICHAEL respects freedom and private property. The monetary reforms we advocate would make every citizen a true capitalist, owner of real capital based on the heritage of natural resources and the inventions and innovations of past generations.

Far from wishing the disappearance of private property, the Roman Catholic Church, in her social doctrine, advocates for its widespread availability so that all may become real owners of capital and genuinely be capitalists. Pope St. John XXIII wrote in his encyclical letter, Mater et Magistra (May 15, 1961, nn. 114-115):

“The dignity of the human person necessarily requires the right of using external goods in order to live according to the right norm of nature. To this right corresponds a most serious obligation, which requires that, so far as possible, there be given to all an opportunity of possessing private property... Therefore, it is necessary to modify economic and social life so that the way is made easier for widespread private possession of such things as durable goods, homes, gardens, tools requisite for artisan enterprises and family-type farms, investments in enterprises of medium or large size.”

“The pandemic represents a rare but narrow window of opportunity to reflect, re-imagine, and reset our world” 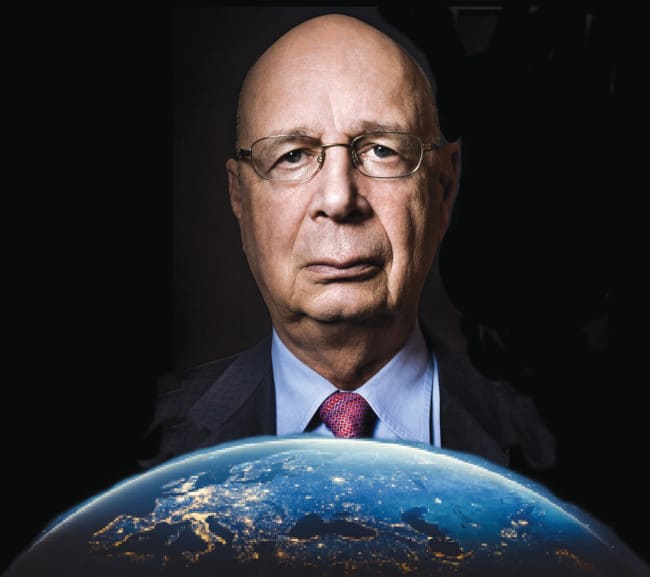 Schwab is proposing not the system of monetary reform known as Social Credit, or Economic Democracy, but “Chinese social credit”, the surveillance and control system established by the Communist Party of China to monitor and censure its citizens.

Equally worrisome and more frightening is Schwab’s plan to transform God’s creation, human beings, in their physical integrity, by merging us with computers and artificial intelligence, boasting that with neuro-technological brain enhancements and genetic editing the monitoring of everyone’s thoughts will be possible. It sounds like science fiction, but Schwab described this dystopian transhumanism in his book, The Fourth Industrial Revolution, published in 2016.

May God protect us from such a transformation of the economy and mankind. The reset society needs is Douglas Social Credit, not Klaus Schwab and the World Economic Forum’s diabolical machinations. As Louis Even writes in the article that follows, what is needed is capitalism for all, not communism.

1.) As part of a United Nations video conference on Sept. 29, 2020, Canadian Prime minister Justin Trudeau said: “This pandemic has provided an opportunity for a reset.” Watch this video at 2:06: www.youtube.com/watch?v=n2fp0Jeyjvw