The following article, written by Julie Smyth, was published in the October 15, 2001 issue of the Canadian daily “National Post”: 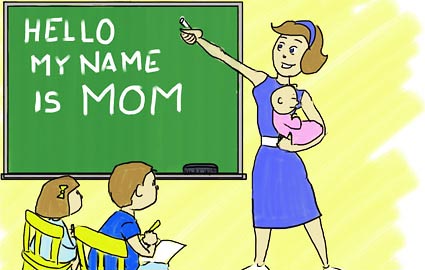 Children who are educated at home have better skills and achieve higher grades on standardized tests than students in private or public schools, according to a new report.

Contrary to the popular belief that children educated at home are disadvantaged because of a lack of peers, the study by the Fraser Institute shows that they are happier, better adjusted and more sociable than those at institutional schools. The average child educated at home participates in a range of activities with other children outside the family and 98% are involved in two or more extracurricular activities such as field trips and music lessons per week, the report says.

In the United States, students educated at home also achieve the highest grades on standardized tests, and outperform other students on college entrance exams, including the Scholastic Aptitutde Test (SAT), according to the study.

Parents of home-schooled children in both countries are generally higher educated when compared to the national average.

They tend to be in two-parent families and have a higher-than-average number of children than the overall population.

Patrick Basham, a senior fellow at the Cato Institute, a conservative public policy group in Washington, and author of the report, said he was surprised to see such positive results linked to home schooling.

“People think these children are neurotic, unsocialized and can’t function in normal society. But the opposite is true. I think the fact that children educated at home do better than private school students would also surprise people. It is not something that is widely debated or studied,” he said.

Home-schooled children are still a tiny minority in Canada, although an increasing number of parents are opting for this style of education. In 1979, 2,000 children were educated at home. By 1996, 17,500 students — 0.4% of total enrollment — were home schooled. The most recent figures show the number has risen to 80,000 children. (In the U.S.A., the number is close to one million.)

Parents educate their children at home for a variety of reasons, including the desire to impart a particular set of beliefs and values, an interest in higher academic performance, and a lack of discipline in public schools, says the report.

“Although parents home school their children for myriad reasons, the principal stimulation is dissatisfaction with public education,” said Claudia Hepburn, director of education policy at the Fraser Institute, a Vancouver-based conservative think-thank.

Home schooling is legal throughout Canada, but most provinces require parents to comply with provincial education legislation, which means thaey must provide satisfactory instruction. Alberta is the only province that funds home-based education.

None of the provinces requires that parents have teaching qualifications. However, having one parent who is a certified teacher has no significant effect on the achievement of students educated at home, the research shows.

Gary Duthler, executive director of the Federation of Independent Schools in Canada, the association for non-public schools said childrren educated at home likely do better and are more sociable because of the smaller student-teacher ratio and the fact that students of all ages learn together.

“In institutional schools, there is social pressure for 10-year-old children to behave like other 10-year-olds, and they tend to not play with any older children at school.

“In a home setting, that same pressure is not there, so it helps the children mature.”