Abortion is not a Canadian “core” value 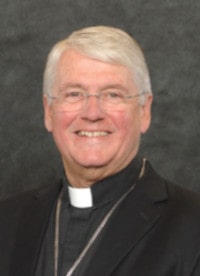 On June 29, 2017, the Most Reverend Douglas Crosby, O.M.I., Bishop of Hamilton and President of the Canadian Conference of Catholic Bishops (CCCB), wrote to the Honourable Chrystia Freeland, Canada’s Minister of Foreign Affairs, regarding her June 6, 2017 speech on Canadian foreign policy. In her speech to the House of Commons, the Minister equated women’s rights with the right to abortion and “sexual reproductive rights”, claiming that “these rights are at the core of Canadian foreign policy” and that “these were also human rights and that they would set Canada’s current and future foreign policy agenda.”

In his letter, Bishop Crosby expresses his profound concern and disagreement, calling the statement “erroneous, confusing, and misguided” and points out that “for a considerable population (both within Canada and abroad) the unborn child is regarded as a human being created by God and worthy of life and love”, while the Supreme Court of Canada unanimously acknowledged in its 1988 decision in the Morgentaler case that the state has a legitimate interest in protecting the unborn. The CCCB President insists that “in these uncertain times, when Canada’s voice and leadership do matter on everything from climate change to global peace, political ideology cannot be allowed to dictate foreign policy and to override common sense and our humanitarian responsibilities to those in dire need.”