The Government does not create money

Written by Louis Even on Friday, 01 August 2003. Posted in Social Credit 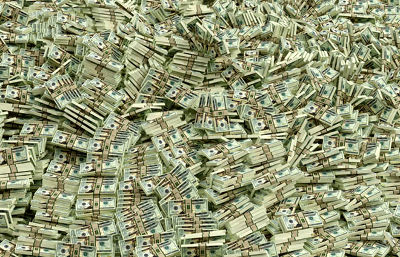 It is not enough to find things, to produce them; it is also necessary to bring them to the right destination. Otherwise economics does not reach its end. One must not satisfy himself with just bringing wheat from the ground; it is necessary for bread to enter the hungry stomach. It is necessary for shoes to come on naked feet, garments on the backs of those who are cold, furniture into homes, wood into the stove.

Food, clothing, houses, furniture, fuel, medicines, education — this is the wealth; this is what supports or embellishes life.

It is easy today to produce these useful things. Everywhere they are advertized for sale. One looks more for buyers than for workers.

And why is this difficult?

Coal awaits the furnace. The furnace awaits the coal. How come the two do not join together, being the miner is unemployed and the small kids shiver in the houses?

How come the sick and the remedies do not join together?  And thus for everything, in spite of intensive advertizings, in spite of salesmen.

Money is but the permission to obtain the things which are waiting. If there are no things waiting, money serves for nothing, because there is nothing to buy. But if the things are there, and it is the money that is lacking, one cannot buy the things. One then deprives himself in front of the abundance that is rotting.

Who creates wealth? The workers.  Who creates  the permissions? The bankers.

The workers, helped by machines, create a great deal of wealth in the world. But the bankers, helped by a diabolical system, make the permissions excessively rare.

The money manufacturers, the bankers, rule the quantity of permissions. They therefore rule the standard of living.

The Popes have denounced that, but it continues just the same.

When and how do banks create money? When and how do they destroy money, thus removing the permissions to live? All of this has been explained in various "Michael" articles, and we come back to them from time to time. The brochure “The True Meaning of Social Credit” basically explains it. All people should know it, so as to understand the remedy.

The Government and money

The banks have received from the Government itself the permission to create money in its place. And when the Government wants to have money from them, it pays them and gets into debt. What a beautiful return for the privilege which it has amiably granted to them!

It is the Government that should create the money in accordance with the total quantity of useful things for sale in the country. Instead of that, it submits to the will of bankers, and all the people, like the Government itself, suffer from a lack of money.

The people who give themselves the trouble to study the question are stunned by such a disorder, and more and more they demand that the Government itself creates the money in accordance with the needs and the country's possibilities.

This does not mean to say that the Government must create money in accordance with the whims of men who are in power, nor that it must use this money as it pleases.

The accountant is not the owner of the money which he accounts for. He keeps the books. He does not create the facts; he just notes them down.

It is for this reason, and for other principles expounded in many ways in numerous articles in past issues of “Michael”, that Social Credit demands a dividend for each citizen, and a total of money in relation with the total saleable production.

Study Social Credit. You will understand it if you believe:

Today's economic system is based on money. Also it begins by the wrong end: Finance rules production; production rules consumption; man must adapt himself to what one offers him and to what one allows him to obtain.

The economic system improved by Social Credit will begin with the other end, with man. Man, as a consumer, will give his orders to production; production will obey the consumers' orders. With regard to finance, it will be ordered to service, to express the consumers' desires, and be allowed to give them what they want, all that they want, in the limits of the possible.

Is there a place for moral ethics in all of this? Yes, where man is found acting freely as a man. It is in placing his orders that the consumer must act as a man, to guide himself with his reason. It is there that education, morals, and religion must intervene. Today, it is finance which intervenes. Finance has usurped the place of reason to lead man's orders.

Social Credit puts things back in their proper place. This is why one finds much more sound philosophy in the head of a Social Crediter from the countryside than in a banker's nut from Wall Street or Bay Street.