Money, an instrument of distribution

Written by Louis Even on Tuesday, 01 September 1953. Posted in Social Credit 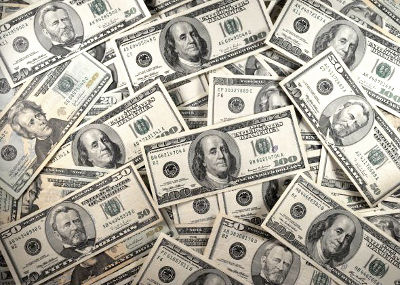 Why do the Social Crediters always speak about money, the monetary system, a reform of the money system?

In today's world, one cannot live very long without obtaining the products made by others; and these other people also need our products. And we cannot obtain the products of others without paying for them. And to pay for them, we need money.

Thus money is a license to live. Not because we eat money when we are hungry; neither because we wear money to get dressed. But without money, you have nothing except what you can produce yourself, if you have some means of production at your disposal.

Without money, you don't go very far. Even those who are not attached to money are obliged to have some if they don't want to end in a coffin too rapidly.

But, some will say, money is an invention of the devil. It is a source of disorder. It is an instrument of domination. It is a tool of perdition.

It is the bad use of money, the bad management of the money system, that comes from the devil, that causes all of this, and many more horrible things.

But money, as an instrument of exchange and of distribution of products, is perhaps the most beautiful social invention of man. Note, it is an instrument of distribution, because it is precisely for this end that it has been established. Thanks to the existence of money, the farmer who has more potatoes than what he needs for his family, and would like shoes for his children, is not obliged to find a shoemaker who has too many shoes, and who needs potatoes. The same thing for the shoemaker: he is not obliged to go to the countryside to find a man who has too many potatoes, and would like shoes.

He can choose what he wants: here is a great quantity of money. Money is as good to choose butter as to choose a musical instrument. Everybody accepts money in return for his products or his work, because everybody knows he will be able to have this money accepted by everybody to buy anything.

Even so, the products have to be there!

Of course, the products have to be there, if one wants to get them.

It would be absurd to say that we can live with figures representing values, when there are no products that can be obtained for this value.

Distribute as much money as you like to a man who lives isolated in the north pole, or in a desert from where he cannot get out: it will be useless.

But it is as just as absurd, and even more aggravating, to be short of figures to obtain products that are being, offered and that we need to live.

This means that there must be a just relation between the products marked with a certain value, and the figures in the hands of those who need these products.

When you can put the sign equal between the two things, the products can pass from the producer or the retailer to the consumer who needs them.

So, is our money system good?

Instead of being a simple serving bookkeeping system, the money system has been vitiated. Its control has been monopolized; it has become an object of trafficking, of domination, of tyranny, of daily dictatorship over our lives.

The farmer may increase his production: the accountant in charge of the money system — the banker — does not increase the amount of money figures for all of that, and he does not distribute money figures to those who need to buy the products of the farmer.

Figures are more abundant when one produces guns, bombs, even though nobody wants these kinds of jewels. These figures are distributed to the wage-earners, to those who produce ammunition, who produce nothing to be put for sale on the market; this can only serve to increase prices, and reduce the purchasing power of the figures.

And when we are not at war or preparing the war, it is just the opposite.

We saw our great statesmen, in all the civilized nations, allow the figure traffickers to make peoples stand in the corner and starve to death for ten years, in front of products that were not sold, because of a lack of figures.

It was criminal. The false accountants were criminal. The governments, elected for the common good, were the accomplices of the criminals, letting it be done through cowardice or foolishness.

Do the Social Crediters want to get rid of the whole system?

Not at all. They consider it a very good thing for money to be, essentially, a matter of bookkeeping. But they want a just bookkeeping.

They want money to be brought back to its proper role: an instrument of distribution.

And it is very simple to achieve. Since money is a claim on products, the public must have sufficient purchasing power to order the products they need, as quickly as the productive system can supply these products.

Then, among the public, each individual must have a sufficient share of this purchasing power, since each individual has the right to live, and it is impossible to live without money, to get the products.

That is why Social Credit proposes:

Where would the Credit Office get the money for the dividends and compensations to the retailers in return for the discount?

Since money is a figure that permits us to obtain things from the production of the country, the Credit Office would simply issue these figures inasmuch as the productive capacity can answer these orders. It is only a matter of bookkeeping.

These figures may well be simple writings of credit in an account opened for each citizen; and a simple cheque drawn upon the national (or provincial) credit, sent to the retailer, on presentation of his discount vouchers.

It is impossible, as well as useless, to give here technical details. Moreover, the methods of application are various. (One possible method of application is exposed in Louis Even's brochure, A Sound and Effective Financial System.)

Do you think these credits would circulate and be accepted like money?

Certainly! They do circulate and are accepted today. The loans or overdrafts to manufacturers, retailers; the credits that allowed Mackenzie King, Roosevelt, Churchill, and the others to organize six years of human slaughter — all that is not, and was not, gold nor even paper, but mere figures written down in accounts, and mobilized through cheques.

But do you think a money system can be run just like that?

Do you prefer money to lead mankind?

Moreover, you must notice that there is nothing arbitrary in the monetary bookkeeping proposed by Social Credit.

So there are no expropriations, no nationalization, nor decrees dictating what should be produced or consumed. Social Credit is a perfect economic democracy.

Everything remains the business of free men. Freer than today, because those consumers who have sufficient purchasing power would order much more freely the products of their choice, than those whose wallets are always flat and often empty.