Written by Louis Even on Wednesday, 01 November 1944. Posted in Social Credit

Guernsey is a small island located in the English Channel. An Anglo-Norman population. This island is located closer to the French coast than to the English one.

At the close of the Napoleonic wars, the island, like several countries, was in pitiful condition, both pydically and financially.

Sea walls, roads, markets were needed.There was no manpower shortage. but there was no money to pay for these works.

The money used by the people on the island was the money from England, the pound sterling. But, like after any war, the financiers were calling back the money advanced to finance the slaughter, and the pounds sterling were very scarce everywhere.

The island was especially in need of a new market house, and a committee was set up to take care of it. The committee went to see the governor to explain the situation to him:

“We need a new market, but we have no money to build it.”

“With what material are you going to build a market?” asked the governor.

“With stone and wood.”

“Do you have it in the island?”

“Certainly, and in plenty.”

“Do you have workers?”

“Yes again. But it is money that is lacking.”

“Could not your parliament issue money?” asked the governor.

This idea had never occurred to the committeemen, who had never analysed the money question. They knew where to get money when there was some: but they never wondered where money begins or can begin.

The method of taxing when there was money was quite familiar. But the method of injecting the money that is lacking, and of taxing only after, was something new to our administrators. 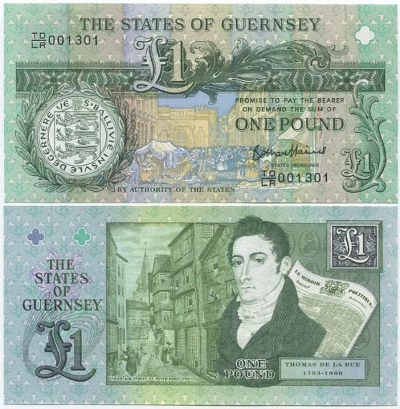 An estimate of the cost was prepared and the States printed the money required, which was paid to those who either worked on the project or furnished materials for it.

The currency was accepted everywhere. The government took measures against inflation by decreeing that money would be withdrawn by taxes, so it does not accumulate. And, in fact, the money was retired on schedule by taxes. But, as the increasing activity required a corresponding volume of money, other issues were brought out by the government for other works.

On October 12, 1822, the new Market house was completed and opened. Not a penny of public debt on this public enterprise.

At the time of the original issue, there was no bank upon the island. This explain, without doubt, why there was no opposition to the issue of State money.

But ten years after the first issue, the island had become so prosperous, thanks to the activity allowed by a sufficient volume of money, that the banks of England had en eye on this island.

English bankers set up branches in the island and brought the population around to orthodox rules. “It was unsound,“ they said, “to let the government finance its enterprises without getting into debt.”

The bankers did everything to stop further issues to introduce the system of interest-bearing loans to the government and to withdraw from the island the State money that had been paid out into circulation.

There was some resistance, but the bankers won their point, with their usual methods, and on October 9, 1836, the States of Guernsey had abdicated their sovereign prerogative over the control of the volume of money. From then on, the amount of the national currency decreased gradually, and was replaced by money issued by private bankers in the form of loans getting the island into debt.

Nevertheless, there is still about 40,000 pounds sterling ($200,000) of national currency outstanding at this date in the island. (According to Gertrude M. Coogan in Money Creators, published in 1935.)

Why a financial problem?

As we can see, with natural resources, workers, and a bit of common sense, there is no financial problem.

But when shrewd exploiters want to regulate economic activities according to their power and their profit, there there financial problem arises.

Of course, minds in search of arguments to justify the present regime will say that Guernsey was only an insignificant small island; that the control of the volume of money by the representatives of the people is good for a small country, but not for a big country.

All right. Take note of what these gentlemen object to you today. Next week, these same gentlemen will tell you that the mone problem cannot be solved properly in a small territory or a province, but must be brought to a federal or even an international level!

It was not Social Credit yet in Guernsey from 1820 to 1836. No doubt that the development of that time and that place would not have allowed to go as far as to give a dividend to consumers. But it was already a non-debt-bearing national currency, issued in accordance with the possibilities in front of the needs.

The issues of national currency by the States of Guernsey caused neither inflation nor idleness. They created activity and prosperity. But these issues did not make any slaves, and that is why the bankers intervened.