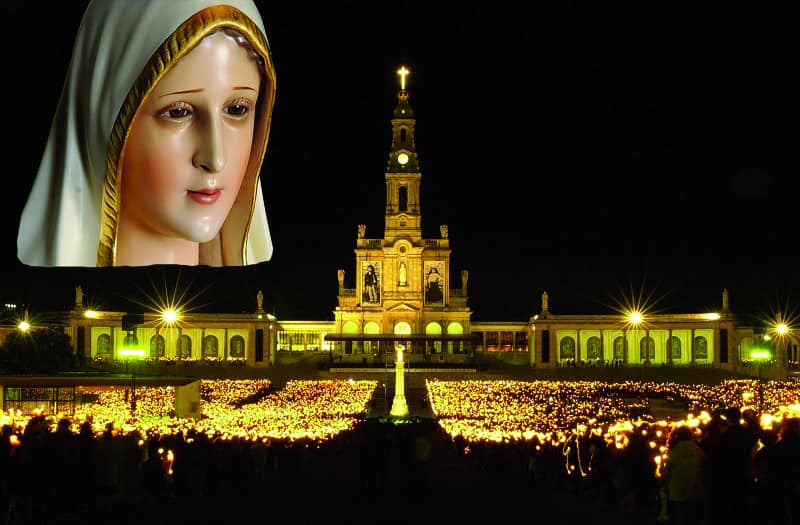 The Executive Secretary of the Rectory of the Fatima Shrine in Portugal, André Pereira, explained to CNA that the plenary indulgence can be obtained during the entire Jubilee Year. There are three ways of obtaining the indulgence, detailed in a statement on the shrine's website.

To obtain the plenary indulgence, the faithful must also fulfill the ordinary conditions: go to Confession and Communion, be interiorly detached from sin, and pray for the intentions of the Holy Father.

1. MAKE A PILGRIMAGE TO THE SHRINE

The first way is for “the faithful to make a pilgrimage to the Fatima Shrine in Portugal and participate in a celebration or prayer dedicated to the Virgin.”
In addition, the faithful must pray the Our Father, recite the Apostle’s Creed, and invoke the Mother of God.

2. PRAY BEFORE ANY STATUE OF OUR LADY OF FATIMA

The second way applies to “the pious faithful who visit with devotion a statue of Our Lady of Fatima solemnly exposed for public veneration in any church, oratory or proper place during the days of the anniversary of the Apparitions, the 13th of each month from May to October (2017), and there devoutly participate in some celebration or prayer in honor of the Virgin Mary.”

Regarding this second way, the rector of the Fatima Shrine told CNA that the visit to the statue of the Virgin “does not necessarily have to be only at Fatima or exclusively in Portugal,” but can be done anywhere in the world.

Those seeking an indulgence must also pray an Our Father, recite the Apostle’s Creed and invoke Our Lady of Fatima.

3. THE ELDERLY AND INFIRM

The third way to obtain a plenary indulgence applies to people who, because of age, illness or other serious cause, are unable to get around.

These individuals can pray in front of a statue of Our Lady of Fatima and must spiritually unite themselves to the jubilee celebrations on the days of the Apparitions, the 13th of each month between May and October, 2017.

They also must “offer to the merciful God with confidence, through Mary, their prayers and sufferings, or the sacrifices they make in their own lives.”