The teaching of the Church on euthanasia

Euthanasia is a homicidal act, which no end can justify. By euthanasia is meant an action or omission which of its nature or by intention causes death, in order that all suffering may be eliminated. Euthanasia’s terms of reference, therefore, are to be found in the intention of the will and in the methods used.

The pity aroused by the pain and suffering of terminally ill persons, abnormal babies, the mentally ill, the elderly, those suffering from incurable diseases, dœs not authorize any form of direct euthanasia, active or passive. This is not a question of helping a sick person, but rather the intentional killing of a person.

Medical and paramedical personnel -- faithful to the task of “always being at the service of life and assisting it to the end” cannot cooperate in any euthanistic practice even at the request of the one concerned, and much less at the request of the relatives. In fact, the individual dœs not have the right to euthanasia, because he dœs not have a right to dispose arbitrarily of his own life. Hence no health care worker can be the executive guardian of a non-existent right.

It is a different matter when there is question of the right, already mentioned, of dying with human and Christian dignity. This is a real and legitimate right which medical personnel are called on to safeguard by caring for the patient and accepting the natural termination of life. There is a radical difference between “death dealing” and “consent to dying” : the former is an act suppressing life, the latter means accepting life until death.

In his encyclical “The Gospel of Life” ((Evangelium Vitae) dated March 25, 1995, John Paul II wrote this about “the tragedy of euthanasia”, in paragraphs 64 and 65 :

At the other end of life’s spectrum, men and women find themselves facing the mystery of death. Today, as a result of advances in medicine and in a cultural context frequently closed to the transcendent, the experience of dying is marked by new features. When the prevailing tendency is to value life only to the extent that it brings pleasure and well-being, suffering seems like an unbearable setback, something from which one must be freed at all costs. Death is considered “senseless” if it suddenly interrupts a life still open to a future of new and interesting experiences. But it becomes a “rightful liberation” once life is held to be no longer meaningful because it is filled with pain and inexorably doomed to even greater suffering. 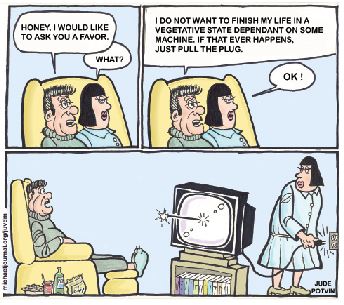 Furthermore, when he denies or neglects his fundamental relationship to God, man thinks he is his own rule and measure, with the right to demand that society should guarantee him the ways and means of deciding what to do with his life in full and complete autonomy. It is especially people in the developed countries who act in this way : they feel encouraged to do so also by the constant progress of medicine and its ever more advanced techniques...

In this context,the temptation grows to have recourse to euthanasia, that is, to take control of death and bring it about before its time, “gently” ending one’s own life or the life of others. In reality, what might seem logical and humane, when looked at more closely is seen to be senseless and inhumane. Here we are faced with one of the more alarming symptoms of the “culture of death”, which is advancing above all in prosperous societies, marked by an attitude of excessive preoccupation with efficiency and which sees the growing number of elderly and disabled people as intolerable and too burdensome. These people are very often isolated by their families and by society, which are organized almost exclusively on the basis of criteria of productive efficiency, according to which a hopelessly impaired life no longer has any value.

For a correct moral judgment on euthanasia, in the first place a clear definition is required. Euthanasia in the strict sense is understood to be an action or omission which of itself and by intention causes death, with the purpose of eliminating all suffering. “Euthanasia’s terms of reference, therefore, are to be found in the intention of the will and in the methods used”.

Euthanasia must be distinguished from the decision to forego so-called “aggressive medical treatment”, in other words, medical procedures which no longer correspond to the real situation of the patient, either because they are by now disproportionate to any expected results or because they impose an excessive burden on the patient and his family. In such situations, when death is clearly imminent and inevitable, one can in conscience “refuse forms of treatment that would only secure a precarious and burdensome prolongation of life, so long as the normal care due to the sick person in similar cases is not interrupted”. Certainly there is a moral obligation to care for oneself and to allow oneself to be cared for, but this duty must take account of concrete circumstances. It needs to be determined whether the means of treatment available are objectively proportionate to the prospects for improvement. To forego extraordinary or disproportionate means is not the equivalent of suicide or euthanasia ; it rather expresses acceptance of the human condition in the face of death. 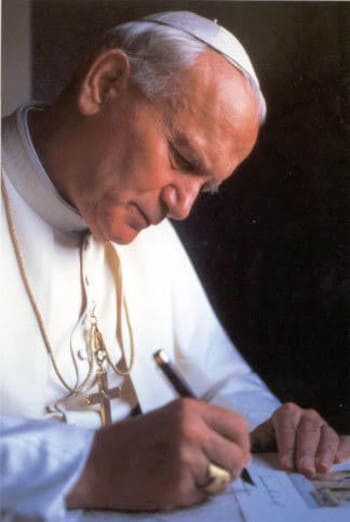 “Nothing and no one can in any way permit the killing of an innocent human being, whether a fetus or an embryo, an infant or an adult, an old person, or one suffering from an incurable disease, or a person who is dying. Furthermore, no one is permitted to ask for this act of killing, either for himself or herself or for another person entrusted to his or her care, nor can he or she consent to it, either explicitly or impli- citly. Nor can any authority legitimately recommend or permit such an action”.

In modern medicine, increased attention is being given to what are called “methods of palliative care”, which seek to make suffering more bearable in the final stages of illness and to ensure that the patient is supported and accompanied in his or her ordeal. Among the questions which arise in this context is that of the licitness of using various types of painkillers and sedatives for relieving the patient’s pain when this involves the risk of shortening life.

While praise may be due to the person who voluntarily accepts suffering by forgoing treatment with painkillers in order to remain fully lucid and, if a believer, to share consciously in the Lord’s Passion, such “heroic” behaviour cannot be considered the duty of everyone. Pius XII affirmed that it is licit to relieve pain by narcotics, even when the result is decreased consciousness and a shortening of life, “if no other means exist, and if, in the given circumstances, this dœs not prevent the carrying out of other religious and moral duties”. In such a case, death is not willed or sought, even though for reasonable motives one runs the risk of it : there is simply a desire to ease pain effectively by using the analgesics which medicine provides. All the same, “it is not right to deprive the dying person of consciousness without a serious reason” : as they approach death people ought to be able to satisfy their moral and family duties, and above all they ought to be able to prepare in a fully conscious way for their definitive meeting with God.

Taking into account these distinctions, in harmony with the Magisterium of my Predecessors and in communion with the Bishops of the Catholic Church, I confirm that euthanasia is a grave violation of the law of God, since it is the deliberate and morally unacceptable killing of a human person. This doctrine is based upon the natural law and upon the written word of God, is transmitted by the Church’s Tradition and taught by the ordinary and universal Magisterium.