The Prayer to St. Michael the Archangel 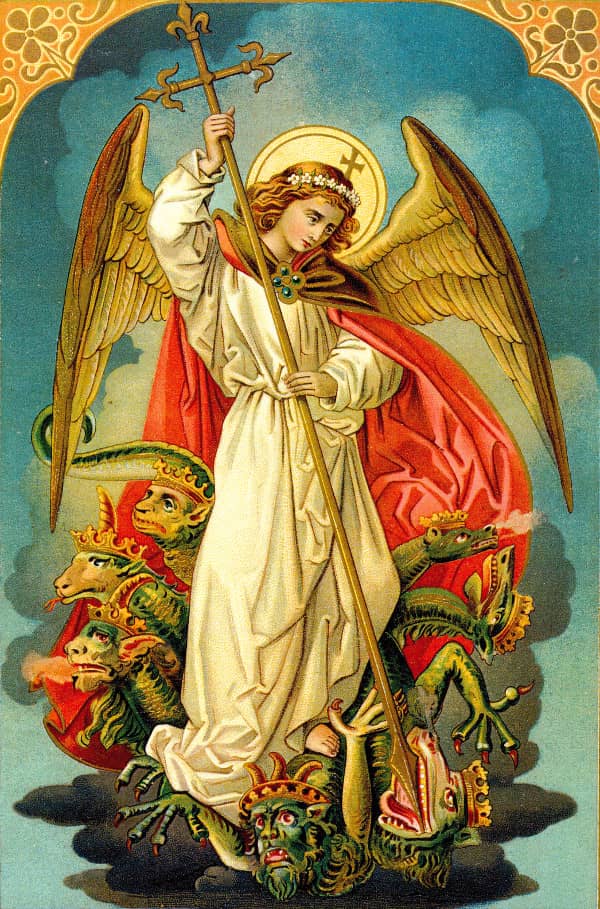 “St. Michael the Archangel, defend us in battle. Be our defense against the wickedness and snares of the devil. May God rebuke him, we humbly pray, and do thou, O Prince of the heavenly hosts, by the power of God, thrust into hell Satan, and all the evil spirits who prowl about the world seeking the ruin of souls. Amen.”

Story of the Prayer to St. Michael

This prayer to St. Michael the Archangel was written in 1884 by Pope Leo XIII. Having celebrated Mass, the Pope remained after to make his prayer of thanksgiving, at the altar. As he was ending his prayers, he heard a locution – a conversation between two voices, one gentle and the other harsh. The conversation seemed to consist of a boast by Satan that, although Jesus said the gates of hell would not prevail against it, he could, in fact, destroy the Church, with just “a little more time and power – 75 to 100 years.”

About half-an-hour later, the Pope wrote that prayer and decreed that it would be recited at the end of Mass throughout the Church. This practice was continued until the Second Vatican Council, which ended the practice, while recommending that the faithful continue the devotion in private.

However, Pope St. John Paul II, in his Regina Coeli message on April 24, 1994, called on Catholics to pray that prayer daily: “Although this prayer is no longer recited at the end of Mass, I ask everyone not to forget it and to recite it to obtain help in the battle against the forces of darkness and against the spirit of this world.”