The motto and coat of arms of Pope Francis 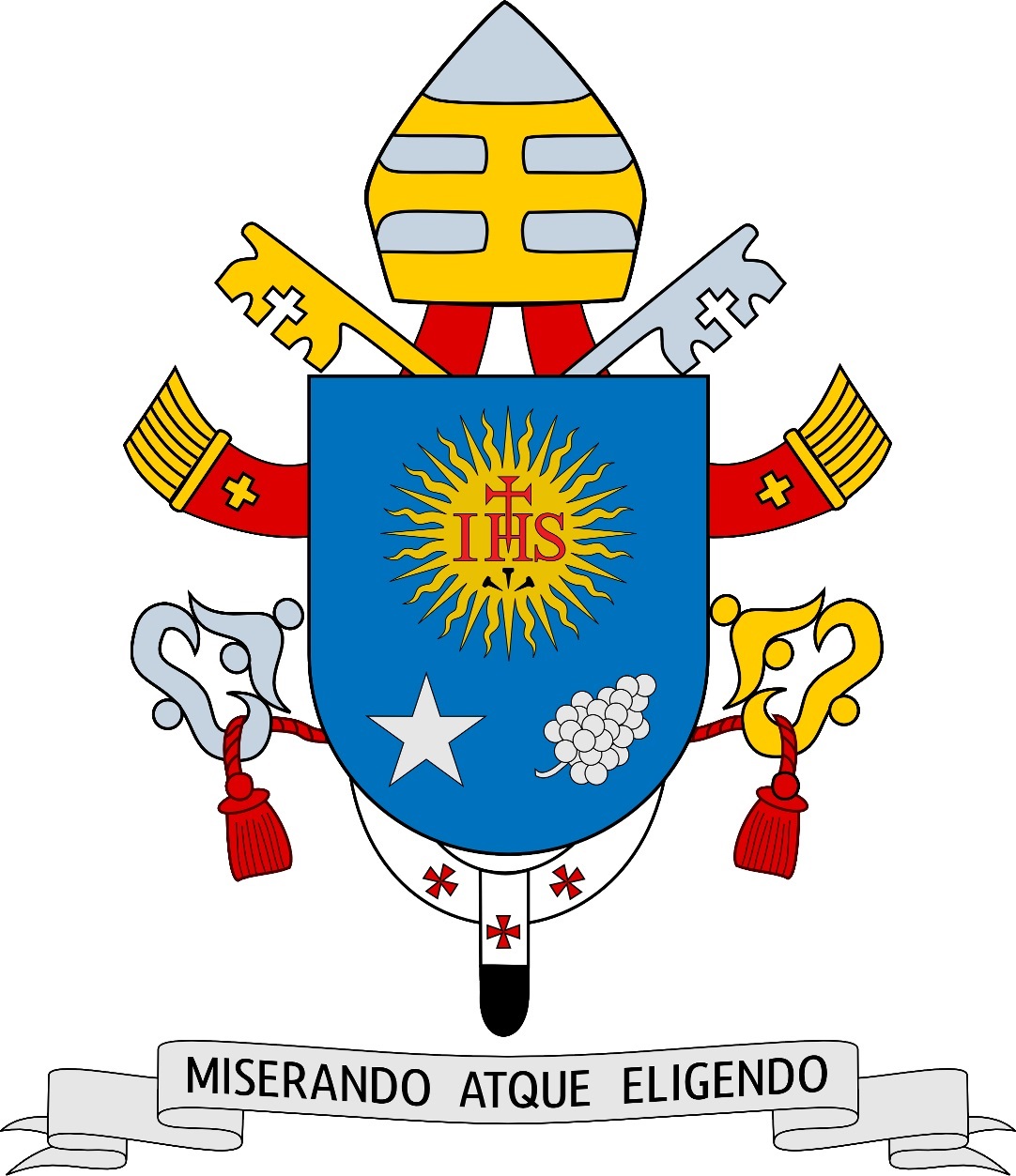 When a priest becomes a Bishop, he must choose a motto and a coat of arms. And when a bishop becomes Pope, he keeps the same motto and coat of arms, with the only difference being that symbols of the papacy are added to his coat of arms.

Pope Francis’ coat of arms essentially represents the Holy Family of Jesus, Mary, Joseph. The central symbol of the coat of arms is the Jesuit seal of a flaming sun with the Greek monogram IHS (Iesus Hominum Salvator: Jesus the Savior of Man) in the center. Under the sun, one can see the three nails of the Passion, which may represent the three vows of poverty, chastity and obedience.

On the left, the star, according to heraldic tradition, represents Mary; and the grapelike bunch on the right represents spikenard, the flowering branch often held by St. Joseph in his images in the Spanish culture.

The episcopal motto of Jorge Mario Bergoglio, in Latin, Miserando atque eligendo (literally, “Looking on him with mercy, he chose him”) is taken from a homily of St. Bede the Venerable, commenting on how Jesus had chosen the tax collector Matthew to be one of his Apostles, and reproduced in the Liturgy of the Hours for the feast of St. Matthew.

This homily of St. Bede the Venerable on Divine Mercy has a particular meaning in the life of Pope Francis. In fact, on the Feast of St. Matthew (September 21) in the year 1953, the young Jorge Mario Bergoglio experienced at the age of 17 years, in a very special way, the loving presence of God in his life.

Following a confession, he felt his heart touched and sensed the descent of the mercy of God, who with a look of tender love, called him to the religious life, following the example of St. Ignatius of Loyola.