Story of the miracle credited to Blessed John Paul II 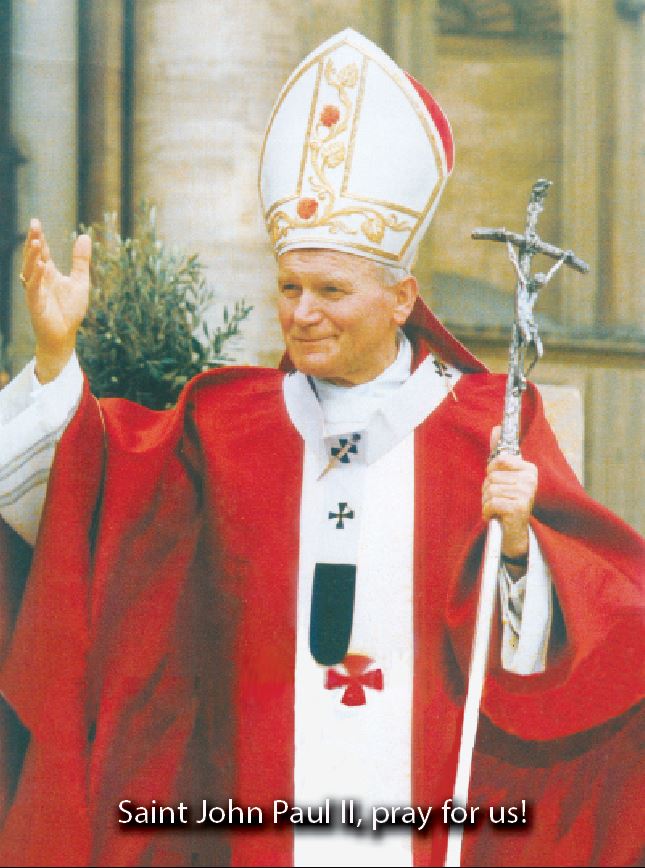 Popes John Paul II (1920-2005) and John XXIII (1881-1963) will be declared saints on April 27, 2014, the second Sunday of Easter and Feast of Divine Mercy. This feast was instituted by John Paul II on April 30, 2000 (the second Sunday of Easter that year) at the canonization of Sister Faustina Kowalska, a Polish nun to whom Jesus revealed His messages on infinite mercy. John Paul II died on April 2, 2005, the eve of Sunday’s Divine Mercy, and was beatified on May 1, 2011, also Divine Mercy Sunday. It was the first time a Pope was raised to the honors of the altar by his immediate successor - in this case, Benedict XVI, who will most likely be present at the canonization ceremony on April 27.

A miracle – healing scientifically reported by doctors – is required for beatification, and a second miracle, which must take place after the beatification, is required for canonization. For the beatification of John Paul II, the miraculous healing recognized by the doctors was that of Sister Marie Simon Pierre Normand, a Catholic nun of Aix-en- Provence (France), who was suffering from Parkinson’s disease at an advanced stage – the same disease that John Paul II had suffered during his last years.

Exceptionally, the Pope can declare saint a blessed without a miracle, and this is what Pope Francis has done in the case of John XXIII. (This privilege is rarely used, since a miracle was confirmed for each of the 428 saints declared under the pontificate of John Paul II.) For the canonization of John Paul II, a miracle was indeed recognized, and it took place in Costa Rica, Central America, on May 1, 2011, the very day of John Paul II’s beatification.

On July 5, 2013, Pope Francis, following the opinion of the Congregation for the Causes of Saints, recognized the miraculous healing due to the intercession of Blessed John Paul II. It is on this day that the lady who was miraculously cured was finally able to tell her story:

Floribeth Mora Diaz, then 47 years old, had suffered a hemorrhagic cerebral stroke, and doctors had left her no hope. The surgery required to close the artery could only be done in an inaccessible location of her brain, so doctors left her a few hours to live. She begged John Paul II to help her.

Married to Edwin Arce Antonio Abarca and mother of five children, Floribeth Mora Díaz lives in the small town of Dulce Nombre de Jesús ( Sweet Name of Jesus), about thirty kilometers from San José, the capital city of Costa Rica. She was a healthy woman who one day, in April 2011, suddenly felt a violent headache. Transported to the hospital in Cartago, she was then rushed to the hospital in the capital San José .

Examinations revealed a brain aneurysm. She lived a nightmare, with the deterioration of brain blood vessels. Doctors felt that there was no more hope for her.

But the woman refused to resign . “If I am lost for doctors, this pope will save me,” she said, remembering the journey of John Paul II in her country in March, 1983. She began to pray to him to be healed, and her parish priest also prayed for this intention. Despite her inability to walk, she wanted to participate in the procession in honor of the new Blessed, the day of his beatification on May 1, 2011.

On May 1, at 2 a.m. (local time in Costa Rica) the live telecast of the Mass for the beatification of Pope Wojtyla was beginning. Full of pain and totally immobilized, Floribeth decided to try to watch TV from her bed.

As she looked at the photograph of the Polish pope in a magazine, she heard the voice of Blessed John Paul II, who said to her: “Get up! Do not be afraid!” “I was surprised. I continued to look at the magazine. I said , ‘Yes, Lord,’ and I got up.” Since that day her health has caused her no further concerns.

She returned to the hospital the next day for further tests. A surprise awaited the doctors: the symptoms could no longer be seen! Her neurosurgeon, Dr. Alejandro Vargas Roman, said that the traces of the aneurysm had disappeared, “without any scientific explanation. It is really a miracle; I cannot explain it.”

Floribeth Mora has kept the magazine as a relic and it is with great emotion that she showed it to the press. (See photo.)