“Rosary on the Borders”

Written by Alain Pilote on Sunday, 01 October 2017. Posted in In other countries

One million Poles recite the Rosary together 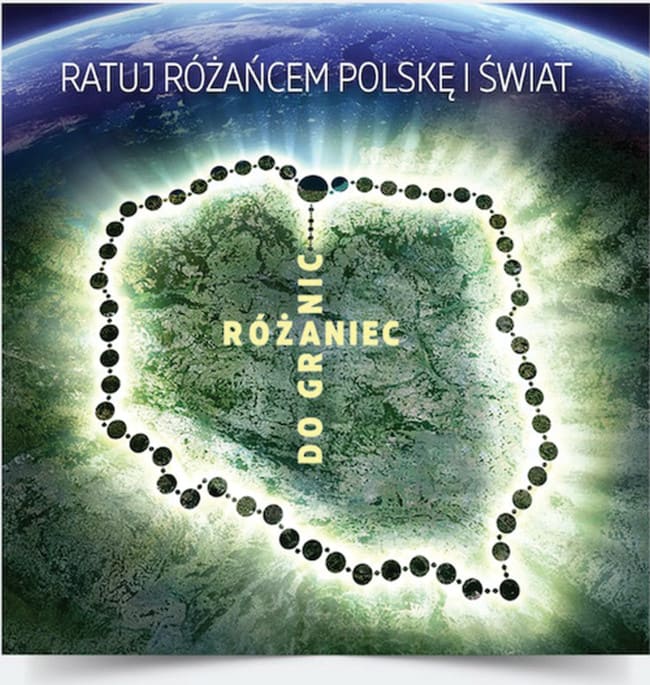 On October 7, 2017, on the Feast of Our Lady of the Rosary, an extraordinary event took place in Poland. More than one million people gathered along Poland’s borders to recite the Rosary. The event, called “Rosary on the Borders” (Rozaniec do granic), was organized by the Solos Dios Basta Foundation (God alone suffices, from the writings of St. Theresa of Avila). The event was organized by two lay Catholic documentary film-makers Maciek Bodasinski and Lech Dokowicz. Mr. Dokowicz has visited Rougemont and told us his conversion story in which Michael the Archangel led him away from the diabolically-controlled music industry. His story appeared in MICHAEL in 2012.

”Rosary at the Borders” was enthusiastically supported by Poland’s Bishops’ Conference, and was a phenomenal success. More than one million people formed a human chain with Rosary in hand, along the length of the Polish border (some 2,000 miles, or 3,200 km). They prayed by the sea shore, in the countryside, (in) the mountains, in boats on the water, and inside and outside some 320 churches and 4,000 prayer locations. The day began at ten in the morning with Mass and Adoration of the Blessed Sacrament followed by the recitation of twenty mysteries of the Rosary. Poland’s Catholic radio station, Radio Maryja, broadcasted the event.

On the event’s website we read: “The Rosary is a powerful weapon in the fight against evil, so powerful that it changed the course of history on several occasions. Thousands of documented testimonies and miracles are the proof of its extraordinary effectiveness. Mary is the Queen of Poland. She has watched over us through many generations. She has always been close to us, and we have been close to her at the critical points of our history. The Mother of God has chosen the Rosary to save the world.

“This is why we believe that if the Rosary is recited by one million Poles on the borders of our country, this could change not only the course of events but open our countrymen’s heart to the influence of Divine grace. The Rosary’s powerful prayer can change the fate of Poland, of Europe and of the whole world. We must be reminded that Mary requests, in all her apparitions, that we pray the Rosary often. 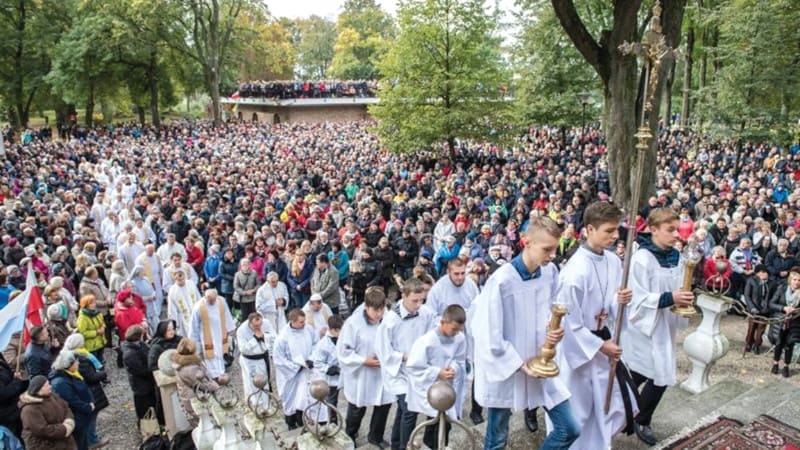 “The Feast Day of Our Lady of the Rosary. (This day was decreed after the great battle of Lepanto where the Christian fleet defeated Muslim naval forces that were superior in number. This battle saved Europe from Islamization.)

“The first Saturday of the month. (The day on which we celebrate the Immaculate Heart of Mary, as our Blessed Mother requested at Fatima to save the world.)

“The year of the 140th anniversary of Our Lady of Gietrzwald. (This is the only recognized apparition in the country of Poland. Our Lady at Gietrzwald requested we do penance and recite the Rosary daily.)

“On the occasion of the centenary of the Fatima apparitions. (This is where Our Lady offered a spiritual program for the entire world).

“On that day, we will go to the borders of Poland and we will pray the Rosary. With this unprecedented rosary we wish to show our fidelity and our obedience to Mary who asks us to recite the Rosary without ceasing. We also wish to beg forgiveness and to do reparation for all the blasphemies and the insults against the Immaculate Heart of the Blessed Virgin Mary. We wish to pray to God through the intercession of Mary for the salvation of Poland and of the world.” 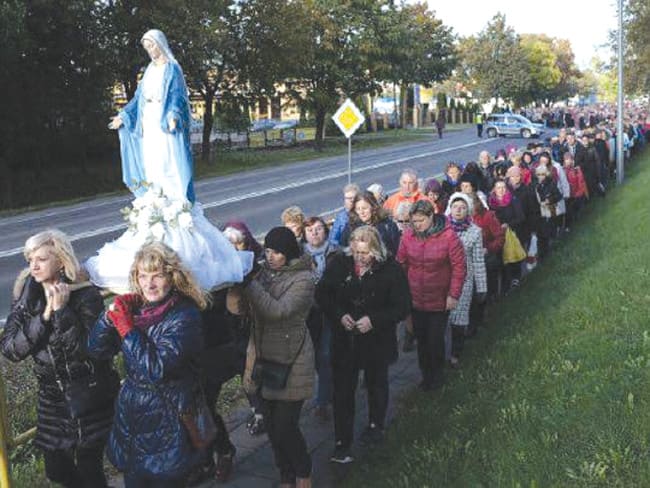 “The centenary of the Fatima apparitions is coming to an end. One hundred years ago, Mary entrusted three Portuguese children with the message of salvation: ‘Pray in reparation for the sins committed against My Immaculate Heart and recite the Rosary.’ A unique way to realize this call is the national initiative, the ‘Rosary at the Borders’. Its goal is to recite the prayer of the Rosary for the intentions of Poland and of the world by uniting people all along our country’s borders.

“This event will take place on October 7th of this year, on the first Saturday of the month, the Feast Day of Our Lady of the Rosary and on the occasion of the closing of the celebrations of the centenary of the Fatima apparitions. When we gather at our country’s borders, we will recite the four parts of the Rosary. We ask that all the faithful take part in this initiative. Let us all pray together: the religious, consecrated and lay people, adults, youth and young children.

“Let the people who cannot come to the borders of Poland also join in reciting the Rosary. Let the families pray in their homes, the sick in hospitals, and parishioners in their churches. We ask all priests to organize in their parishes on that day a more solemn prayer of the Rosary by using the teaching material prepared by the Congregation for Divine Worship and the Discipline of the Sacraments of Poland’s Bishops’ Conference.”

Jesus has revealed to the messenger of Divine Mercy, St. Faustina Kowalska: 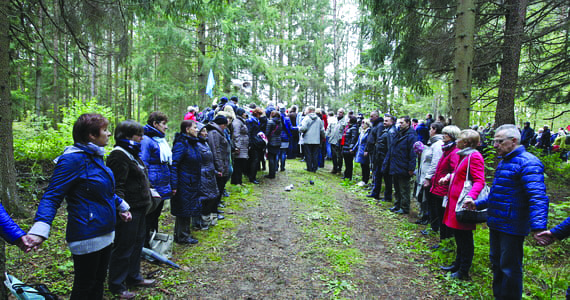 “I bear a special love for Poland, and if she will be obedient to My will, I will exalt her in might and holiness. From her will come forth the spark that will prepare the world for My final coming”. (Diary, 1732.)

What a beautiful example the people of Poland have provided the whole world. It should inspire all countries. Mary’s promise at Fatima in 1917 would be thus fulfilled: “At the end, My Immaculate Heart will triumph.”

“Cardinal Stefan Wyszynski told me that his predecessor, Cardinal August Hlond, had spoken these prophetic words as he was dying: ‘The victory, if it comes, will come through Mary.’ During my pastoral ministry in Poland, I saw for myself how those words were coming true. After my election as Pope, as I became more involved in the problems of the universal Church, I came to have a similar conviction: On this universal level, if victory comes, it will be brought by Mary. Christ will conquer through her because He wants the Church’s victories now and in the future to be linked to her.”