Pope Paul VI will be beatified on October 19

He courageously defended the family with Humanae Vitae

After St. John Paul II and St. John XXIII, a third Pope will be raised to the altars this year: on May 10, the Vatican announced that Pope Francis had signed a decree recognizing a miracle attributed to the intercession of Paul VI, Pope from 1963 to 1978, and that he will beatify him on October 19, at the conclusion of the Synod of Bishops on the family.

The miracle involved the extraordinary healing of a baby inside his mother’s womb in California in the 1990s that was declared medically “unexplainable” by top Vatican doctors. Doctors in California offered the woman abortion as the only possible solution for the abnormality detected in her unborn baby, whom they diagnosed with serious problems that they said would result in severe brain damage. 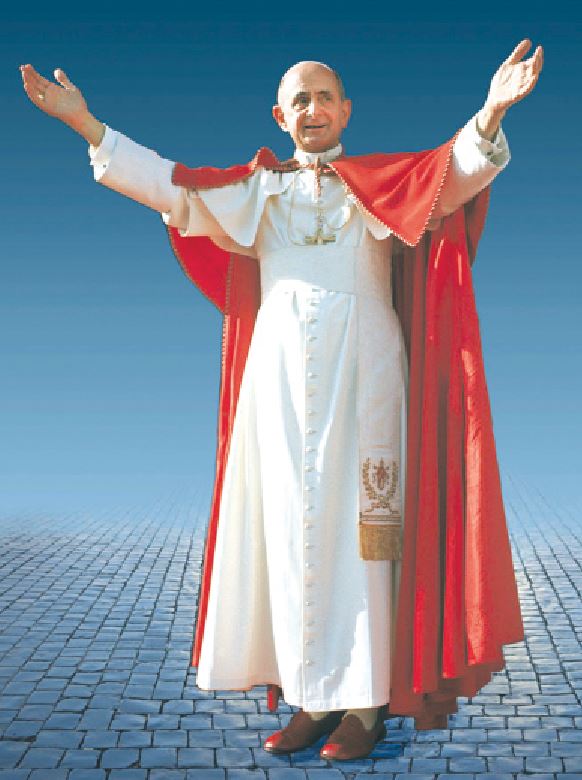 Instead, the woman chose life, entrusting herself and her baby to God through the intercession of Paul VI. To the doctors’ amazement, the woman’s baby not only made it to term, but was born with none of the predicted health problems. The family was told to wait until their child was 16 before a confirmation of complete healing could be given. The child, now 18, is completely healthy.

Pope Paul VI led the Church through difficult times, and managed to bring the Second Vatican Council to completion. Despite the spirit of revolution of the sixties, he courageously remained faithful to the tradition of the Church, including the transmission of life (against artificial birth control) in his encyclical Humanae Vitae issued in 1968. At first, this document was misunderstood in many circles, but time proved Paul VI to be right, and even prophetic. In Paragraph 17 of Humanae Vitae, Paul VI warned of four results if the widespread use of contraceptives was accepted:

General lowering of moral standards; a rise in infidelity and illegitimacy; the reduction of women to objects used to satisfy men; government coercion in reproductive matters.

In 2008, the Catholic Bishops of Canada issued a pastoral letter, titled Liberating Potential, which invited all the faithful “to discover or rediscover,” the message of the Encyclical Humanae Vitae, issued by Pope Paul VI in 1968. They wrote:

“How can we fail to recognize its prophetic character when we consider the troubling evolution of two fundamental human institutions, marriage and the family? Both continue to be affected by the contraceptive mentality feared and rejected in the encyclical of Pope Paul VI. And what can be said of the future demographic deficit confronting Western societies?... Humanae Vitae is much more than a ‘no to contraception’. This encyclical is in reality a major reflection on God’s design for human love. It proposes a vision of ‘the whole man and the whole mission to which he is called ... both its natural earthly aspects, and its supernatural eternal aspects.’ It is an invitation to be open to the grandeur, beauty and dignity of the Creator’s call to the vocation of marriage.”

On June 27, 2014, the Vatican released the Instrumentum Laboris (Latin for working instrument) for the upcoming synod of Bishops on the family, which will take place October 5-19. Here are excerpts from this document:

“In the wake of Vatican II, the papal Magisterium has further refined the doctrine on marriage and the family. In a particular manner, Pope Paul VI, in his Encyclical Humanae Vitae, displayed the intimate bond between conjugal love and the generation of life. Pope St. John Paul II devoted special attention to the family in his catechesis on human love, his Letter to Families (Gratissimam sane) and, especially, his Apostolic Exhortation Familiaris Consortio. In these documents, the Pope called the family the ‘way of the Church,’ gave an overview on the vocation of man and woman to love and proposed the basic guidelines for the pastoral care of the family and the presence of the family in society. In specifically treating ‘conjugal love’ (cf. FC, 13), he described how the spouses, through their mutual love, receive the gift of the Spirit of Christ and live their call to holiness.”