Plenary Indulgence in the Year of Saint Joseph 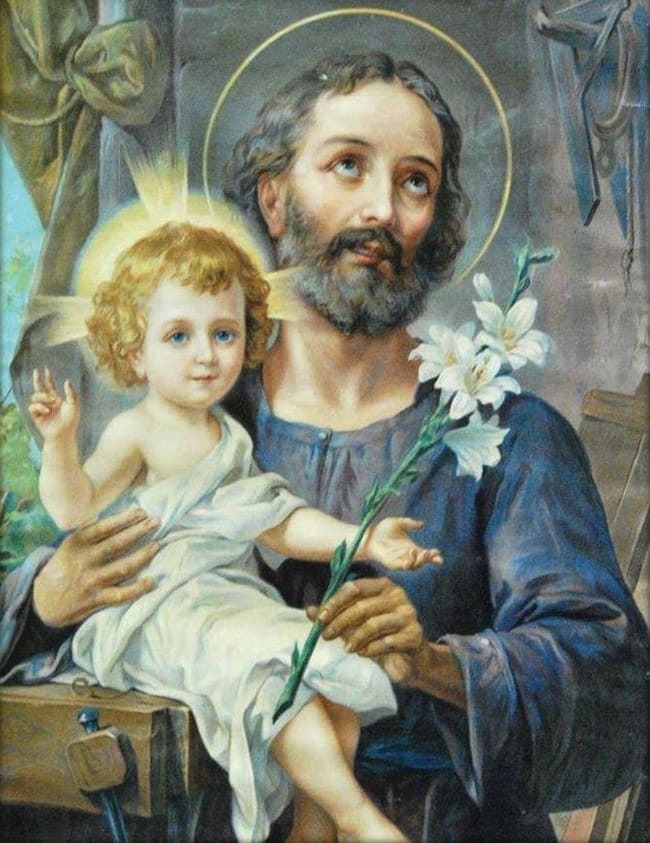 To accompany the year of Saint Joseph, a decree from the Apostolic Penitentiary, in accordance with the wish of Pope Francis, details the conditions under which the faithful will be able to obtain a Plenary (full) Indulgence.

First, we should clarify what is an indulgence. The Code of Canon Law of the Catholic Church (canon 992), defines an indulgence as “the remission in the sight of God of the temporal punishment due for sins, the guilt of which has already been forgiven. A member of Christ’s faithful who is properly disposed and who fulfils certain specific conditions, may gain an indulgence by the help of the Church which, as the minister of redemption, authoritatively dispenses and applies the treasury of the merits of Christ and the Saints.”

Indulgences are not about forgiving sins; sin is erased by the Sacrament of Reconciliation. However, the sacrament does not remove the temporal penalty due to sin, which generally results in a time of purgatory if it is not first purged on earth by acts of faith and charity, which are acts of reparation. This temporal penalty can be attenuated or even erased by indulgences, which are said to be partial or plenary, depending on whether the temporal penalty due for sin is partially or entirely released. Indulgences can be applied to oneself or to the souls of the deceased, but they cannot be applied to other persons living on earth. Here are excerpts from the decree of the Apostolic Penitentiary.

“The Plenary Indulgence is granted under the customary conditions (sacramental confession, Eucharistic communion and prayers according to the Holy Father’s intentions) to the faithful who, with a soul detached from any sin, shall participate in the Year of Saint Joseph, in the occasions and with the modalities indicated by this Apostolic Penitentiary.

“Saint Joseph, an authentic man of faith, invites us to rediscover our filial relationship with the Father, to renew our devotion to prayer, to dispose ourselves to listen and correspond with profound discernment to God’s will. The Plenary Indulgence is granted to those who shall contemplate the Lord’s Prayer for at least 30 minutes, or participate in a Spiritual Retreat of at least one day which involves a meditation on Saint Joseph;

“The Gospel attributes to Saint Joseph the appellation ‘just man’ (Mt 1:19)…The virtue of justice practiced by Saint Joseph in an exemplary manner is full adherence to divine law, which is the law of mercy, for it is the very mercy of God that brings true justice to fulfilment. Therefore those who, after the example of Saint Joseph, shall fulfil a corporal or spiritual work of mercy will likewise be able to attain the gift of the Plenary Indulgence;

“The primary aspect of Saint Joseph’s vocation was that of being guardian of the Holy Family of Nazareth, spouse of the Blessed Virgin Mary and legal father of Jesus. In order that all Christian families may be inspired to recreate the same atmosphere of intimate communion, love and prayer that was lived by the Holy Family, the Plenary Indulgence is granted for the recitation of the Holy Rosary in families and among betrothed;

“The flight of the Holy Family to Egypt shows us that God is there where man is in danger, where man suffers, where he runs away, where he experiences rejection and abandonment. The Plenary Indulgence is granted to the faithful who shall recite the Litanies to Saint Joseph… or some other prayer to Saint Joseph, proper to other liturgical traditions, in favour of the Church persecuted, ad intra and ad extra, and for the relief of all Christians who suffer any form of persecution.

“To reaffirm the universality of Saint Joseph’s patronage over the Church, in addition to the aforementioned occasions, the Apostolic Penitentiary grants the Plenary Indulgence to the faithful who shall recite any prayer legitimately approved or act of piety in honour of Saint Joseph, for example, ‘To you, Ô Blessed Joseph’, especially on the occasions of 19 March and 1 May, on the Feast of the Holy Family of Jesus, Mary and Joseph, on the Sunday of Saint Joseph (according to the Byzantine tradition), on the 19th of every month and every Wednesday, the day dedicated to the saint’s memory, according to the Latin tradition.

“In the current context of the health emergency, the gift of the Plenary Indulgence extends particularly to the elderly, the sick, the suffering and all those who for legitimate reasons are unable to leave the house, and who with a soul detached from any sin and with the intention to fulfil, as soon as possible, the three customary conditions in their own home or wherever the impediment detains them, shall recite an act of piety in honour of Saint Joseph, Comfort of the Sick and Patron of a Happy Death, faithfully offering to God their suffering and the hardships of their life.”