Our Mother’s Tears of Joy 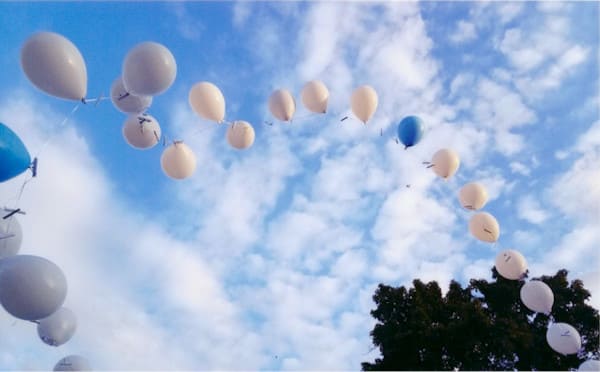 I was invited by my friend Neil, to an event hosted by a pious woman in her home in the Cincinnati area. Every year she celebrates Our Blessed Mother’s birthday on September 8th, and on this particular day there were there present, seven priests, and at least 200 people, who had come from all over the U.S, Canada, and other countries, one priest having flown in from Italy. Also present was Carmelo Cortes, a visionary who, with the permission of his bishop, does a healing ministry, and comes every year from the Philippines for this event. 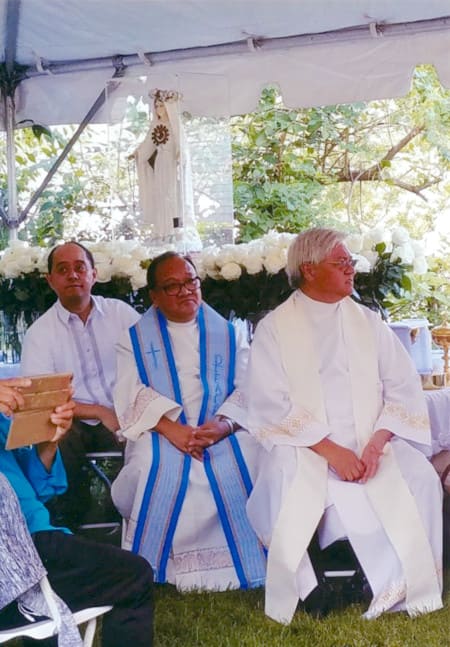 Out in the back yard there was a large tent set up, with chairs set out for every one, and an altar where the priests concelebrated the Holy Mass. After Mass, Carmelo began his healing ministry by pulling apart the roses that were in vases on the altar, and distributing the petals to everyone there, placing them each on their hearts. As each person took their petal into their hands, religious images had appeared on the rose petals (see article on preceding page)!

At the conclusion of the healing ministry, everyone was asked to help carry the balloon/rosary from inside the house, out to the front yard. The balloons where then released in honor of Mother Mary, that her Immaculate Heart may be consoled. Everyone began singing "Happy Birthday” to the Blessed Mother.

Many of the people were taking pictures, and my friend Neil had gone to one of the up stairs bedroom windows to have a better shot of the balloons as they floated up into the ski.

Some people were saying excitedly, "Look up at the Sun!" I immediately ran into the house, and up the stairs to where Neil was taking pictures. Upon seeing me enter the room, Neil handed me the photo that he had just taken, using his Instamatic camera. "This picture is yours", he said to me.

Holding the image in my hands, I watched as the face of a beautiful young woman developed before my eyes! 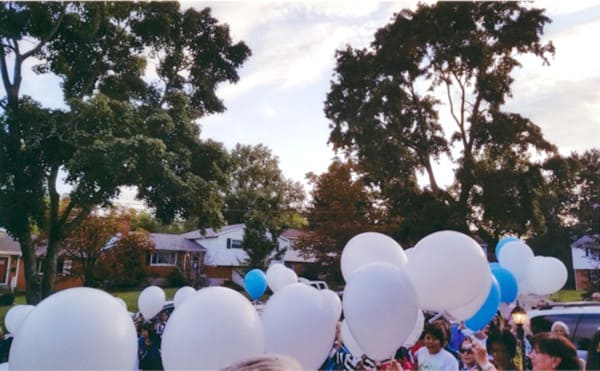 n her left eye I saw what appeared to be a tear, but her expression was one of holy joy. I knew in my heart that this was Mother Mary, and I felt inspired with these words which came into my heart, “Our Lady of the Tears of Joy”.

People, upon seeing the now fuly developed picture, expressed the desire for a copy. I therefore had reproductions made up, and had them blessed, which I have distributed. Many of those who venerate this image have claimed to have received spiritual, as well as physical healing.

A priest friend of mine told me to ask those who received a reproduction of the image, to recite the Memorare prayer, before any intention is made. 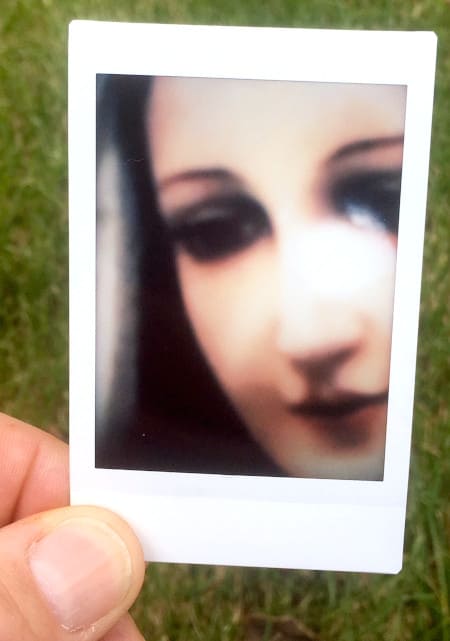 This is my story of the phenomena of the photo of Mother Mary, and the inspired words, “Our Lady of the Tears of Joy”.