Our Lady of Good Success

Prophecies for our times 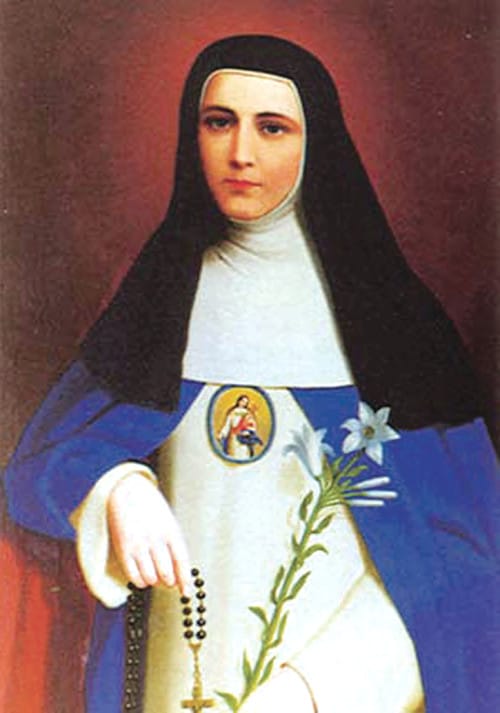 It was the year 1634 when, at 3 o’clock in the morning of February 2, Mother Mariana de Jesus Torres, abbess of the Conceptionist Convent in the city of Quito, Ecuador, was praying in the upper choir loft before the Blessed Sacrament. The sanctuary lamp suddenly flickered, then went out, leaving the church in total darkness. At that moment the Queen of Heaven appeared, carrying her Divine Child in her left arm and accompanied by angels. Relighting the sanctuary lamp, she turned to Mother Mariana and spoke these words: “I am Mary of Good Success, the one whom you have invoked with such tender affection. Your prayer has greatly pleased me. Your faith has brought me here. Your love has invited me to visit you.”

After prophesying about Mother Mariana’s death and the future of the monastery, Our Lady of Good Success began to explain to her the meaning and significance of the lamp having been extinguished: “At the end of the nineteenth century and throughout a great part of the twentieth, many heresies will be propagated in these lands… The precious light of Faith will be extinguished in souls due to the almost total corruption of customs (morals). By then there will be great physical and moral calamities, both public and private. The small number of souls who will secretly safeguard the treasure of Faith and virtues will suffer a cruel, unspeakable, and long martyrdom. Many will die from the violence of suffering and will be counted among the martyrs who sacrificed themselves for the country and the Church. To be delivered from the slavery of these heresies, those whom the merciful love of my Son has destined for this restoration will need great will-power, perseverance, courage, and confidence in God. To try the faith and trust of these just ones, there will be a time when all will seem lost and paralyzed. It is at that moment that will begin the joyful time of the complete restoration….“

Prophecies to be fulfilled

In pointing out the cause of such catastrophic events, which she describes in her prophecies of the nineteenth and twentieth centuries, Our Lady of Good Success refers to heresies in general, and sects, particularly the sect of Masonry.

Such heresies or sects will have the power to extend their claws from the sacred enclosure of the Church to the very heart of the home, perniciously influencing all levels of human activity.

“The passions will erupt and there will be a total corruption of customs (morals)… Satan will reign almost completely by the means of the Masonic sects which, having infiltrated all the social classes, will subtly introduce its teaching into domestic ambiences in order to corrupt the children, and the Devil will glory in dining upon the exquisite delicacy of the innocent hearts of children. Woe to the children of these times! It will be difficult to receive the Sacrament of Baptism, and also that of Confirmation…

“Alas! How deeply I grieve to manifest to you the many enormous sacrileges – both public as well as secret – that will occur from profanation of the Holy Eucharist. Often, during this epoch, the enemies of Jesus Christ, instigated by the Devil, will steal consecrated Hosts from the churches so that they might profane the Eucharistic Species. My Most Holy Son will see Himself cast upon the ground and trampled upon by filthy feet.

“Further, in these unhappy times, there will be unbridled luxury which will ensnare the rest into sin and conquer innumerable frivolous souls who will be lost. Innocence will almost no longer be found in children, nor modesty in women. In this supreme moment of need of the Church, the one who should speak will fall silent. In this way, vocations to the priesthood will be lost, which will be a true calamity.

There will be almost no virgins left 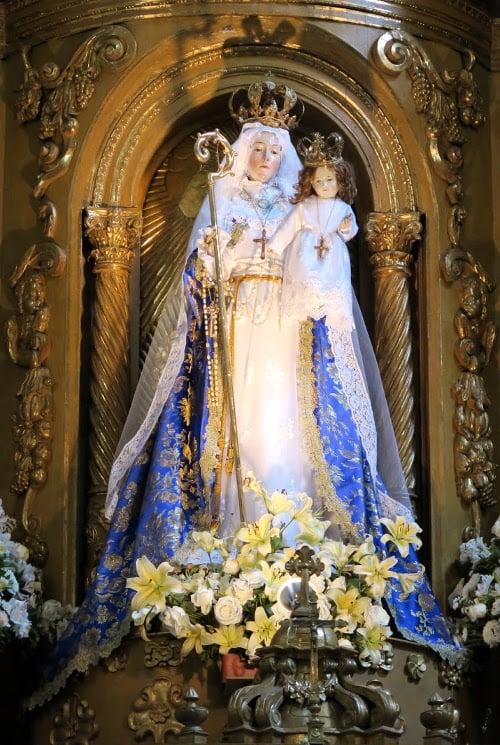 “The atmosphere will be saturated with a spirit of impurity. Like a filthy ocean, it will run through the streets, squares and public places with astonishing freedom… There will be almost no virgin souls left in the world. The delicate flower of virginity will be threatened by complete annihilation. Without virginity it will be necessary for fire from Heaven to fall upon these lands to purify them.

“As for the Sacrament of Matrimony, which symbolizes the union of Christ with His Church, it will be attacked and deeply profaned. Freemasonry, which will then be in power, will enact iniquitous laws with the aim of doing away with this Sacrament, making it easy for everyone to live in sin and encouraging the procreation of illegitimate children born without the blessing of the Church. The Catholic spirit will rapidly decay; the precious light of Faith will gradually be extinguished until there will be an almost total and general corruption of customs. Added to this will be the effects of secular education, which will be one reason for the death of priestly and religious vocations.

Neglect of the anointing of the sick

“In those times, the sacrament of Extreme Unction will be little valued. Many people will die without receiving it – either because of carelessness of the families, or because of a misplaced affection for their sick ... being thereby deprived of innumerable graces, consolation, and strength in their great leap from time to eternity.

Holy Orders will be despised

“The Sacrament of Holy Orders will be ridiculed, oppressed and despised, for in this Sacrament the Church of God and even God Himself is scorned and despised since He is represented in His priests. The Devil will try to persecute the ministers of the Lord in every possible way; he will labor with cruel and subtle astuteness to deviate them from the spirit of their vocation and will corrupt many of them. These depraved priests, who will scandalize the Christian people, will make the hatred of bad Catholics and the enemies of the Roman Catholic and Apostolic Church fall upon all priests.”

The Child Jesus revealed to Mother Mariana, “Know, moreover, that Divine Justice releases terrible chastisements on entire nations, not only for the sins of the people but for those of priests and religious persons. For the latter are called, by the perfection of their state, to be the salt of the earth, the masters of truth, and the shields to hold back Divine Wrath. 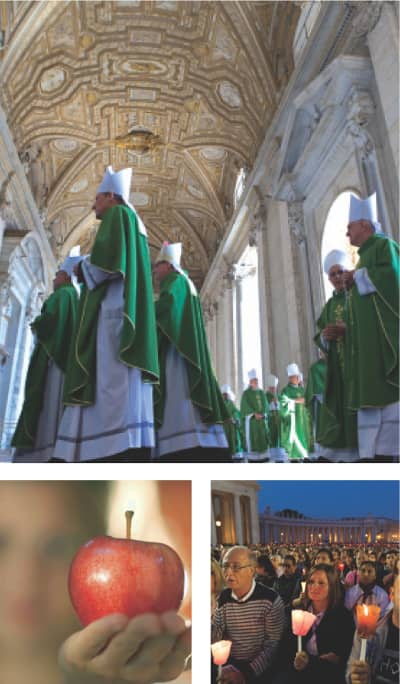 “In this epoch, the secular clergy will be far removed from its ideal, because the priests will be careless in their sacred duties. Lacking the divine compass, they will stray from the road traced by God for the priestly ministry and they will become attached to wealth and riches, which they will unduly strive to obtain.

“Because of their inveterate lukewarmness, God justly abandons such souls, who of their own volition make themselves unworthy of the sublime grace of the religious vocation and receive their just chastisement.”

To this attitude of His religious, Jesus responds, “Straying from their sublime mission, they degrade themselves in such a way that, before the eyes of God, they increase the rigor of the punishments. When they detach themselves from Me, they end up living a superficial life of the soul, maintaining a distance from Me unworthy of My ministers. By their frigidity and lack of confidence, they act as if I were a stranger to them. Alas! If they knew, if they were convinced of how much I love them and desire that they enter into the very depths of their souls. There, without a doubt, they would find Me and would necessarily live the life of love, light and continuous union to which they were not only called, but chosen!

“Deadly times will come, in which ... those who should defend in justice the rights of the Church, without servile fear or human respect, instead will shake hands with the enemies of the Church to do what they want.”

When everything will seem lost, it will then be the beginning of the triumph of Mary

As at Fatima, after the anticipation of catastrophes for the Church and Christian civilization, the forecast of a splendid victory was made.

Thus, in dealing with the propagation of heresies in the nineteenth and twentieth centuries, Mary of Good Success reveals to Mother Mariana de Jesus Torres:

“Pray insistently without tiring and weep with bitter tears in the secrecy of your heart, imploring our Celestial Father that, for love of the Eucharistic Heart of my Most Holy Son and His Precious Blood shed with such generosity, and by the profound bitterness and sufferings of His cruel Passion and Death, He might take pity on His ministers and quickly bring to an end those ominous times, sending to this Church the Prelate that will restore the spirit of its priests. My Most Holy Son and I will love this most favored son with a love of predilection, and we shall gift him with a rare capacity, a humility of heart, a docility to divine inspiration, the strength to defend the rights of the Church, and a tender and compassionate heart, so that, like another Christ, he will assist the great and the small, without despising the more unfortunate souls who ask him for light and counsel in their doubts and hardships. With divine suavity, he will guide souls consecrated to the service of God in the cloisters, making light the yoke of the Lord, Who said, ‘My yoke is sweet, and My burden light’. Into his hand the scales of the sanctuary will be placed so that everything is weighed with due measure and God will be glorified.”

For this not to happen, the Devil and his followers will incite “every type of vice”, thus provoking “all sorts of chastisements: plagues, famines, internal fighting and external disputes with other nations, and apostasy, the cause of loss of so many souls so dear to Jesus Christ and to me…

“This, then, will mark the arrival of my hour, when I, in a marvelous way, will dethrone the proud and cursed Satan, trampling him under my feet and fettering him into the infernal abyss. Thus the Church and country will be finally free of his cruel tyranny.”