Our Lady of Coromoto 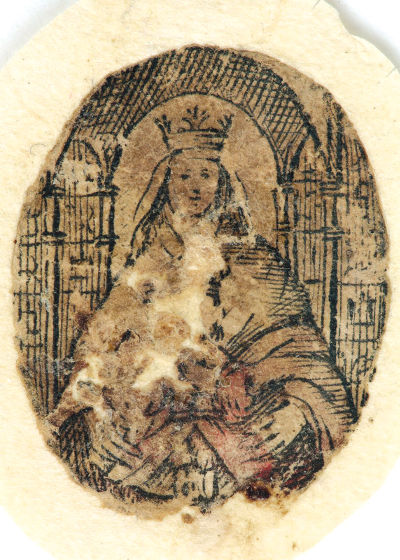 Originally, dating from 1591, it was documented that the image portrayed on the holy relic of Coromoto was of the Child Jesus sitting in His Mother Mary’s lap. Later, in 1746, there were testimonies given that, through carelessness, the glass reliquary containing the image had been broken, causing unfortunate deterioration, and it was also discovered that an insect had entered into the reliquary, causing the image of the Child Jesus to disappear almost completely.

In March of 2009, a team of experts was brought together for the study and conservation treatment of the Holy Relic. To begin with, they had the relic moved to a new case in order to protect it from further deterioration. They then began to perform a series of microscopic studies, and detected many elements and/or findings that were previously unknown.

Nancy Jimenez was one of those that participated in the study and conservation treatment of the Holy Relic. Here are but a few of the impressive details which she reported: “When the picture had been cleaned, we began to see amazing details by microscopic observation: In such a tiny parchment (2.5cm X 2cm) we found, perfectly blurred in the left eye (which measures less than 1mm, that is about 2 microns), the characteristics of a human eye. Clearly differentiated were the ocular globe, the tear duct, an iris and a small point of light, where we actually observed a human figure with indigenous features. It would appear to be that of the Indian Coromoto, coming at the Virgin Mary, as is explained in the legend.

“The Virgin Mary and Child Jesus both wear imperial crowns on their heads, and not feathers as was previously believed. And what was thought to be a throne on which Our Lady sat, holding the Baby Jesus, is in fact the doorway to a hut, presumably that of Cacique Coromoto. We can also see many indigenous symbols, which are currently being investigated. In the Holy Relic the Virgin appears to be smiling, and the ink, with which the image was made, looks as though it could have been printed only yesterday.”

The same as with the holy image of Our Lady of Guadalupe in Mexico, given by the Blessed Virgin Mary to her indigenous son St. Juan Diego, the image of the Virgin of Coromoto was given to the Indian Cacique, with the very important purpose of achieving the evangelization and conversion of his people. Let us give thanks to God and to the Blessed Virgin Mary for this, the greatest of all miracles, and let us all pray together that the faith of all peoples will be renewed, not only in Venezuela but also in our own country, and throughout the entire world. — AMJ 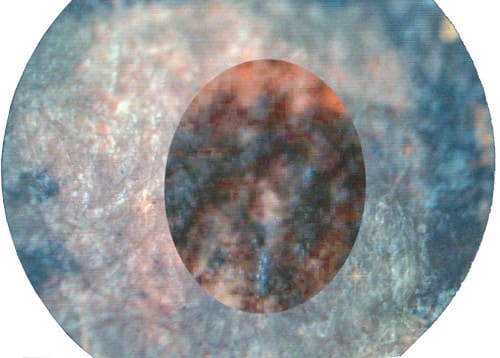 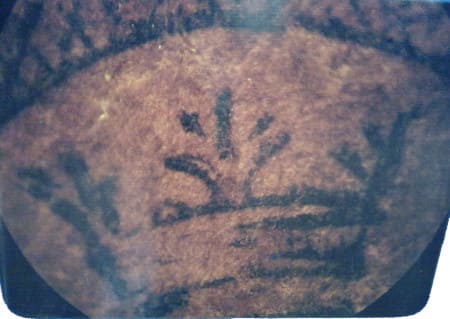