Lord, make me an instrument of your peace

Prayer of saint francis of assisi 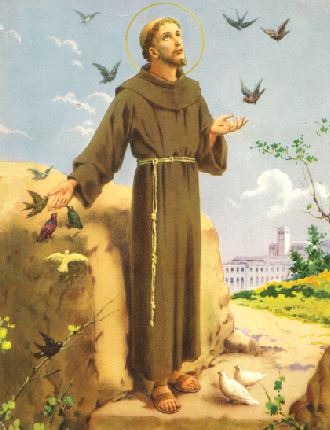 “Lord, make me an instrument of your peace.

Where there is hatred,

Where there is injury, pardon.

Where there is doubt, faith.

Where there is despair, hope.

Where there is darkness, light.

Where there is sadness, joy.

O Divine Master, grant that I may not so much seek to be consoled, as to console; to be understood, as to understand; to be loved, as to love.

The first appearance of the Peace Prayer occurred in France in 1912 in a small spiritual magazine called La Clochette (The Little Bell). It was published in Paris by a Catholic association known as La Ligue de la Sainte-Messe (The Holy Mass League), founded in 1901 by a French priest, Father Esther Bouquerel (1855-1923). The prayer bore the title of ‘Belle prière à faire pendant la messe’ (A Beautiful Prayer to Say During the Mass), and was published anonymously. The author could possibly have been Father Bouquerel himself, but the identity of the author remains a mystery.

The prayer was sent in French to Pope Benedict XV in 1915. This was soon followed by its 1916 appearance, in Italian, in L’Osservatore Romano [the Vatican’s daily newspaper]. Around 1920, the prayer was printed by a French Franciscan priest on the back of an image of St. Francis with the title ‘Prière pour la paix’ (Prayer for Peace) but without being attributed to the saint. During World War II and immediately after, this prayer for peace began circulating widely as the Prayer of St. Francis.