Written by Pope John Paul II on Saturday, 01 March 2014. Posted in Encyclical letters & Other documents of the Magisterium

Pope John Paul II will be declared a saint on April 27, 2014, along with Pope John XXIII, in a ceremony that promises to draw one of the largest crowds in the history of the Vatican. What this Pope accomplished in almost 27 years of pontificate was simply extraordinary and had no parallel in the history of the papacy — so much so that he will probably go down in history as one of the greatest Popes of all times and be known by future generations as “John Paul the Great”. He accomplished 102 apostolic journeys in 129 different countries. No human being in history has ever drawn such huge crowds. Pope John Paul II was also a very prolific writer, with 14 encyclical letters; all of his writings and speeches (over 100,000 pages) fill over 200 volumes.

In a recent text on the pontificate of his predecessor, Pope Emeritus Benedict XVI wrote that one of the most important encyclicals of Pope John Paul II is “Veritatis Splendor” (published in 1993) on the foundations of morality. It is perhaps the most overlooked and unapplied of all the encyclicals of Pope John Paul II, but “studying and assimilating this encyclical remains a great and important duty for today,” said Benedict XVI. Here is a summary of that encyclical that was published in the Jan.-Feb. 1994 issue of MICHAEL:

On October 5, 1993, Pope John Paul II’s 10th Encyclical Letter, entitled Veritatis Splendor (The Splendor of Truth), “regarding certain fundamental questions of the Church’s moral teaching,” was officially released by the Vatican. Dated August 6, 1993 (Feast of the Transfiguration of the Lord), this long-awaited encyclical, six years in the making, is addressed specifically to the Bishops who, together with Peter’s successor, share the duty of seeing to it that the Word of God is faithfully taught and to ensure that the faithful are not misled by false doctrines.

Pope John Paul II writes that theories that are contrary to the Church’s moral teaching, which endanger the faith and the salvation of the faithful, circulate “even in seminaries and in faculties of theology.” The Pope speaks about the existence of “a genuine crisis, since the difficulties which it engenders have most serious implications for the moral life of the faithful” and for social life. At one point, the Sovereign Pontiff even mentions these words of Saint Paul:

“For the time will come when people will not endure sound teaching, but having itching ears they will accumulate for themselves teachers to suit their own likings, and will turn away from listening to the truth and wander into myths...” (2 Timothy 4:3-4).

With this encyclical, John Paul II wants to put an end to the confusion that reigns in the minds of too many of the faithful who have for years been told lies, again and again, by false prophets – who call themselves Catholic but who are Catholic in name only –”there is no more sin; there is no hell; if you feel like it, do it; the Ten Commandments are outdated and no longer valid for today’s society; one does not have to worry about what the Church teaches; one can be a good Catholic and be saved while going against the teachings of the Church; one has only to choose what one likes and put the rest aside, etc.”

Unfortunately, having heard such falsities for years, several Catholics have come to believe them, to the great satisfaction of the devil who wants the ruin of souls and the failure of God’s plan. This magnificent document of the Holy Father (over 178 pages long) arrived at just the right moment. It is no wonder then that many so-called “theologians” were enraged by this encyclical, since in it the Pope denounces with clarity and logic the errors that these same theologians have been spreading in profusion for years. Here, therefore, is a summary of this encyclical; the words of the Pope are set in bold type and in quotes.

Keep the Commandments of God

John Paul II based his encyclical on the dialogue of Jesus with the rich young man: “Teacher, what good must I do to have eternal life? – “If you wish to enter into life, keep the Commandments” (Matthew l9:l6-21). The observance of the Ten Commandments is therefore the first condition of salvation. “The power to decide what is good and what is evil does not belong to man, but to God alone.” 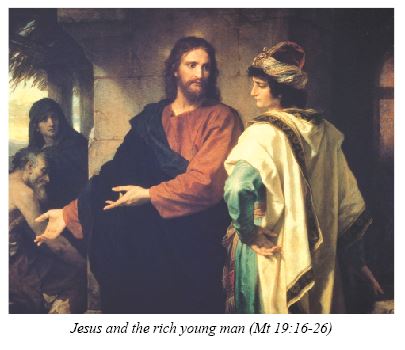 In that sense, the expression “one must act according to one’s conscience” is valid only if our conscience is submitted to the truth, to Divine Law, of which the Roman Catholic Church is, by the will of Christ, the faithful guardian and interpreter. For one can be sincere and yet be mistaken. The Church therefore exists to help the faithful to form their consciences. That is why the Church teaches that whereas it is true that every man has a free will, there also exists “a prior moral obligation, and a grave one at that, to seek the truth and to adhere to it once it is known.”

Some people, to justify their sins, could build up false arguments, but the word of God is quite clear: “Saint Paul declares that ‘the immoral, idolaters, adulterers, sexual perverts, thieves, the greedy, drunkards, revilers, robbers’ are excluded from the Kingdom of God” (cf. 1 Corinthians 6:9).

“The negative precepts of the natural law (Thou shalt not kill, etc.) are universally valid. They oblige each and every individual, always and in every circumstance... It is prohibited — to everyone and in every case — to violate these precepts. They oblige everyone, regardless of the cost, never to offend in anyone, beginning with oneself, the personal dignity common to all.”

The Pope reminds the faithful of the existence of mortal sin which, as its name implies, kills our soul and condemns us to the pains of hell:

“With every freely committed mortal sin, man offends God as the giver of the law and, as a result, becomes guilty with regard to the entire law; even if he perseveres in faith, he loses sanctifying grace, charity and eternal happiness... The 1983 Synod of Bishops not only reaffirmed the teaching of the Council of Trent concerning the existence and nature of mortal and venial sins, but it also recalled that mortal sin is sin whose object is grave matter and which is also committed with full knowledge and deliberate consent.”

Martyrdom, a form of total love for God

“Love of God and love of neighbor cannot be separated from the observance of the Commandments of the Covenant renewed in the blood of Jesus Christ and in the gift of the Spirit. It is an honor characteristic of Christians to obey God rather than men and accept even martyrdom as a consequence, like the holy men and women of the Old and New Testaments, who are considered such because they gave their lives rather than perform this or that particular act contrary to faith or virtue. (…)

“The Church proposes the example of numerous Saints who bore witness to and defended moral truth even to the point of enduring martyrdom, or who preferred death to a single mortal sin. In raising them to the honor of the altars, the Church has canonized their witness and declared the truth of their judgment, according to which the love of God entails the obligation to respect His Commandments, even in the most dire of circumstances, and the refusal to betray those Commandments, even for the sake of saving one’s own life…

“When it is a matter of the moral norms prohibiting intrinsic evil, there are no privileges or exceptions for anyone. It makes no difference whether one is the master of the world or the ‘poorest of the poor’ on the face of the earth. Before the demands of morality, we are all absolutely equal... Civil authorities and particular individuals never have authority to violate the fundamental and inalienable rights of the human person.”

Even if one knows what is good, one does notalways do it. Ever since the fall of our first parents, Adam and Eve, we bear on our souls the stain of original sin, and because of this we are tempted to do evil. That is why God offers to us the help of His grace in order to overcome temptations. And should it happen that we fall into sin, God gives us the grace to get up again through the Sacrament of Penance.

Similarly, even if the majority of the faithful would put pressure on the Pope to have him decree that abortion and “the pill” are no longer sins, it would be completely useless. It is not the Pope who is the author of the Ten Commandments; it is God. And neither the Pope, nor any other man for that matter, has the power to change them. Whether or not it is accepted by the faithful, the duty of the Pope and of the Church is to tell the Truth, even on the most difficult points. The Pope explains it in his encyclical in this way:

“The fact that some believers act without following the teachings of the Magisterium, or erroneously consider as morally correct a kind of behavior declared by their pastors as contrary to the law of God, cannot be a valid argument for rejecting the truth of the moral norms taught by the Church... Dissent, in the form of carefully orchestrated protests and polemics carried on in the media, is opposed to ecclesial communion and to a correct understanding of the hierarchical constitution of the people of God.” 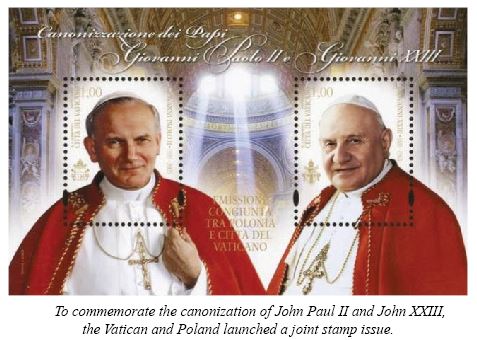 The duty of Bishops

The Pope ends his encyclical by recalling the duty of the Bishops:

“We have the duty, as Bishops, to be vigilant that the Word of God is faithfully taught. My Brothers in the Episcopate, it is part of our pastoral ministry to see to it that this moral teaching is faithfully handed down and to have recourse to appropriate measures to ensure that the faithful are guarded from every doctrine and theory contrary to it.

“In carrying out this task, we are all assisted by theologians; even so, theological opinions constitute neither the rule nor the norm of our teaching. Its authority is derived, by the assistance of the Holy Spirit and in communion with Peter and under Peter, from our fidelity to the Catholic faith which comes from the Apostles. As Bishops, we have the grave obligation to be personally vigilant that the ‘sound doctrine’ of faith and morals is taught in our Dioceses.”

Let us pray that all Bishops may follow through with this encyclical of Pope John Paul II, and that they may actually “have recourse to appropriate measures to ensure that the faithful are guarded from every doctrine and theory contrary” to the moral teaching of the Church!