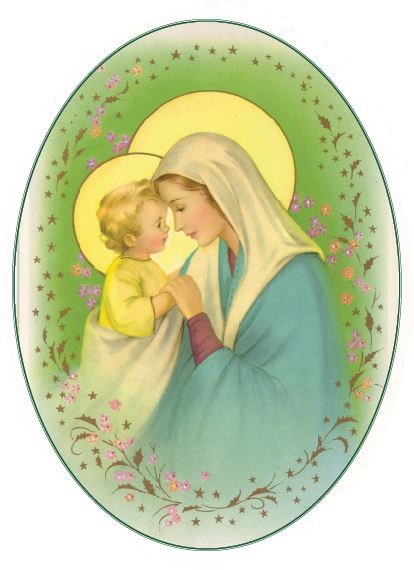 God said His most beautiful creation was His Mother. “I lacked having a Mother, so I created her. I created her before she created me. It was better that way. Now, I am really a Man like all the men. I have nothing to envy them for, because I have a Mother, a real one, the one I had been lacking.

“My Mother’s name is Mary,” God said. “Her heart is absolutely pure and full of grace, She is a virgin and her body is inhabited by such a light that on earth I never got tired of looking at her, listening to her or admiring her beauty. My Mother is very beautiful, so beautiful that, aside from the splendors of Heaven, I never feel disoriented when I am near her.

“However,” God said, “I do know what it is like to be carried by the angels; it’s not nearly as sweet as being in my Mother’s arms, believe me.

“When I rose to Heaven, I missed her and she missed me. So she joined me directly, with her soul and her body. I could not do otherwise. It was the most suitable solution. The fingers which had touched God could not stop moving. The eyes which had seen God could not remain closed. The lips which kissed God could not become cold and stiff. This very pure body which had given a body to God could not be left to rot in the ground… I couldn’t do it to her, it was not possible, that would have cost me too much.

“I am God, I am her Son, and I’m the one who gives the orders. And then,” God said, “I did it for my brothers and sisters on earth so that they could have a Mother in Heaven. A real Mother, one of their own kind, in body and soul. So I gave them Mine.

“Now, they can call on her more often,” said God. “They all have a Mother in Heaven who follows them with her eyes, with her eyes of flesh. In Heaven they have a Mother who loves them with all her heart, with her heart of flesh. And this Mother is Mine, she looks like Me, she has My eyes, she has the same heart. If people were a little cleverer, they would take more profit from her, they would realize that I can refuse her nothing… What do you expect, she is my Mother.”