Written by Yves Jacques on Sunday, 01 October 2017. Posted in Events

A Glimps of the Joy of Heaven 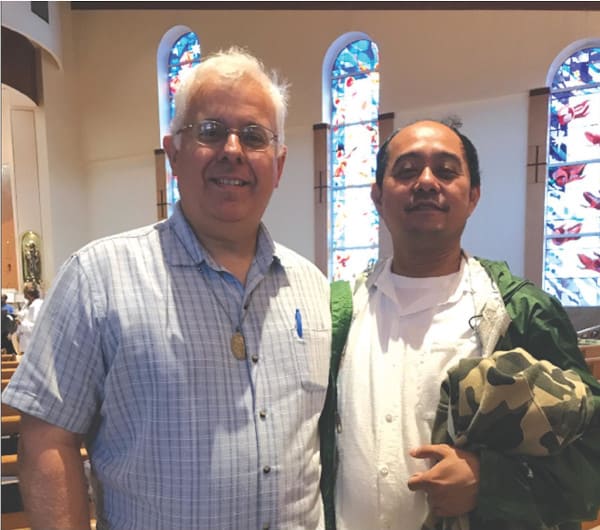 On September 22, 2017, we had the privilege of participating in a Mass and healing service at the home of Little Audrey Santo. Audrey Santo was a young girl who died in the odor of sanctity in 2007. Her cause for sainthood was opened by Rev. Robert J. McManus, bishop of the diocese of Worcester, Massachusetts, on Sept. 11, 2008. The service was held in the small chapel of the Santo family home. This is an extraordinary place where there has been seven (to date) Eucharistic miracles, the first having taken place during Mass with Bishop Emeritus of Worcester, Bernard Flanagan, where the Consecrated Host bled in front of all those present. Linda Santo, Audrey’s mother, received us all very warmly into her home.

The Mass was said that day by Fr. Peter Joyce, Spiritual Advisor for the Little Audrey foundation. The healing service, which took place immediately following the Mass, was conducted by Carmelo Cortes, a visionary from the Diocese of Malolos, Bulacan, Philippines. He is a lay member of the Commission on Liturgy for his diocese, and a Knight of St. Sylvester, an honor conferred upon him by Pope Benedict XVI, on August 23, 2012. He has the approval of his Bishop, the Most Reverend Jose F. Oliveros, to give testimonies and to perform healing prayer services. He is the founder of the Shrine to the Mother of the Eucharist and of Grace in Santa Maria, Bulacan, Philippines, which has become a major place of pilgrimage in the Philippines.

There were about 30 to 35 people in attendance on the day of our visit. Carmelo Cortes gave a short testimony immediately following the Mass, stressing upon the heroic virtues of Little Audrey. He called her a “Victim Soul”, and expressed the need for every one of us to carry our own crosses daily, as she did, even though her way may have been extraordinary. 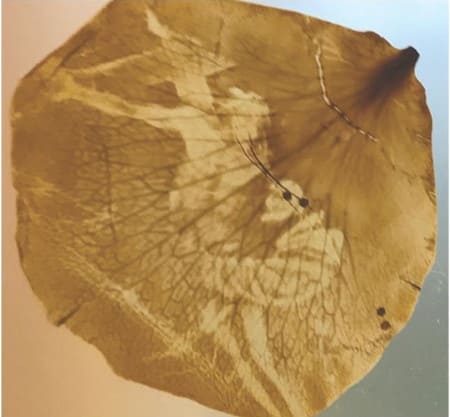 Carmelo then requested that Fr. Peter remove the rose petals from the roses that were on the altar. These roses had been brought by the people, as well as by Father himself. Father placed the petals in bowls that were provided by Linda Santo from her kitchen, then Carmelo asked him to pour some ordinary bottled water over the petals, and he proceeded to give a rose petal to each of the participants present, beginning with Fr. Joyce, placing the petals over each of their hearts, while we all intoned the Ave Maria.

As Carmelo came closer to where I stood with my wife and daughter, I noticed that the petals in the bowl were covered in oil and gave off a very fragrant odor of roses. This surprised me, as I had only seen him pour water into the bowl. Those who were ahead of us, and who had already received their petals, were now exclaiming excitedly and looking intently at their petals. We could hear them describing the images they were seeing: Our Lady of Fatima, St. Francis of Assisi, Our Lady of the Rosary,…, Fr. Peter’s mother, who had come with him for the Mass, and was sitting directly in front of us, received on her rose petal, the perfect image of a Host hovering over a beautiful chalice, with IHS clearly written across it.

When our turn came, Carmelo stood directly in front of my wife, my daughter and myself. I looked into the bowl and it was very clear that the rose petals were all blank…just ordinary petals. Carmelo placed a petal onto each one of us, then moved on to the next row of people. After he passed by, and I had removed my petal, I was excited, and at the same time, filled with joy, to find a perfect profile of St. Padre Pio! My wife had the image of Jesus descending from the Cross to embrace St. Francis of Assisi, and our daughter, Aimie, had Our Lady of Fatima with the three shepherd children kneeling at her feet: the two newly canonized saints, Jacinta & Francisco, and their cousin Lucia, who passed away in 2005. 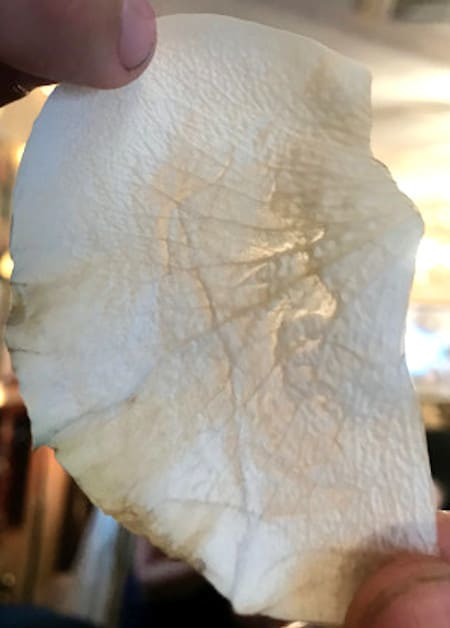 Everyone around us was overjoyed and in awe, and were praising God. Carmelo then asked father Peter to stir with his “Consecrated” hands (the hands of a priest), the remaining rose petals in the bowl. As Father was stirring, he told me later that, he felt as though “hosts” were “appearing” in the bowl along with the petals, and that he was sure that there was nothing but rose petals in the bowl before he had begun stirring.

As Father lifted out each wafer from the bowl, some plain and round, others with perfectly shaped crosses imprinted upon them, still others with the Lamb of God…, but each “host” a different size, Carmelo instructed him to give them to each of us to be consumed immediately, for he told us they would not keep.

As I received my “host”, it had the distinct taste of sweet bread. Carmelo called this phenomenon, “manna from Heaven”, and told us that these hosts were not consecrated. When Fr. Peter had finished distributing the “hosts”, he realized that there were no other hosts left in the bowl. He had had just enough for all the people present.

Carmelo then took this opportunity to make it clear to us that, these wonderful happenings are but “signs”. The true and real miracle is what takes place at every Mass with the Consecration of the bread and wine into the Body and Blood, Soul and Divinity of Our Lord Jesus Christ. He also encouraged everyone to conversion, and to regular, even daily attendance at Holy Mass, and the daily recitation of the Holy Rosary.

As we witnessed all these extraordinary signs, I came to understand that Our Lady is manifesting herself more and more to us, pouring out her graces upon us, because of these times that we are living. 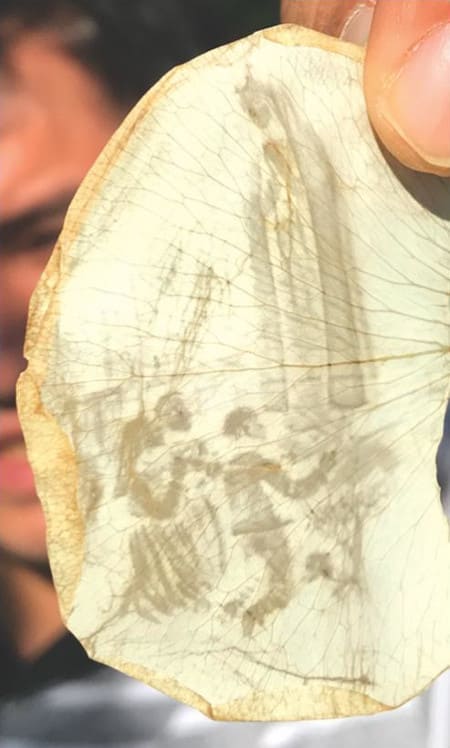 Our Lady of Fatima

We live in an age where our society has become more incredulous, and lives as though God doesn’t matter, striving to suppress the Word of God in the public place. But in the Scriptures, Jesus says, “I tell you, if these become silent, the stones will cry out!” (Luke 19:40) We need to speak out — we must not remain silent.

In the Acts of the Apostles, they recieved the Holy Spirit, and went throughout the whole world to proclaim the Gospel, “Everyone kept feeling a sense of awe; and many wonders and signs were taking place through the apostles. And all those who had believed were together and had all things in common... Day by day continuing with one mind in the temple, and breaking bread from house to house, they were taking their meals together with gladness and sincerity of heart, praising God and having favor with all the people. And the Lord was adding to their number day by day those who were being saved...” (Acts 2: 42-47)

In these extraordinary signs, Our Blessed Mother is showing us a glimpse of the Joy of Heaven. She is always with us, leading us to her Son, Jesus, in the Holy Eucharist, and giving us the needed courage to go forth as part of this New Evangelization. 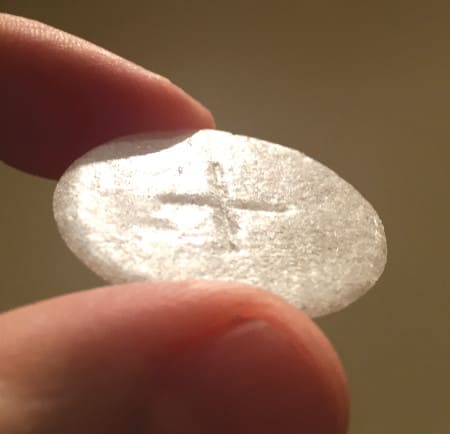 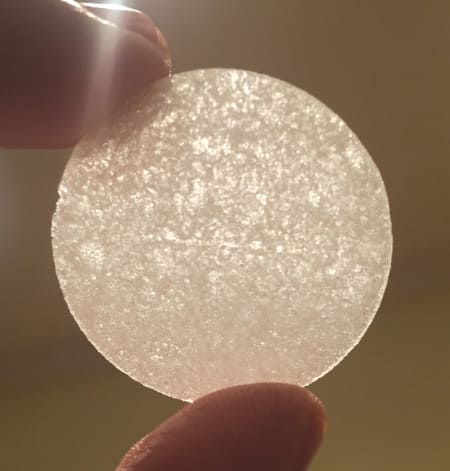