Written by Thérèse Tardif on Sunday, 01 October 2017. Posted in Obituaries

Leaves for Heaven after having consecrated 53 years of his life 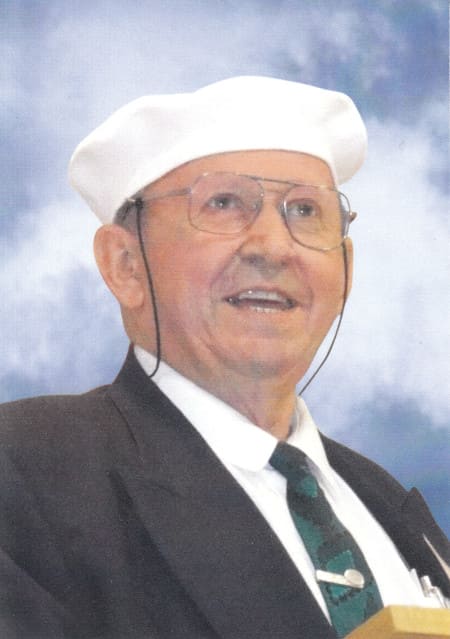 Réjean Lefebvre, a full-time Pilgrim in the Work of Michael since 1964 and one of its greatest apostles, left peacefully for Heaven at 11:05 p.m. on Thursday, October 19, 2017, at the age of 69 in the presence of his beloved sister, Jacqueline, a nurse by profession, who accompanied him throughout his long illness.

We believe he went straight to Heaven. He was well prepared. He went to Confession, he received the last rites on three occasions, a sacrament that erases all punishment due to sin. Throughout his life as a Pilgrim of St. Michael, he attended Mass and received Holy Communion every morning. He took part in all of the Community’s prayers: Laudes, the St. Michael Chaplet, two Rosaries, prayers before and after meals, and the Chaplet of Divine Mercy.

All of the full-time Pilgrims of St. Michael are consecrated ”Slaves of Jesus through Mary”: they are totally given to the Blessed Virgin as was St. Pope John Paul II, Totus Tuus. Réjean was often heard singing hymns to the Blessed Virgin Mary. He was all Hers. He could not wait to see Her.

Réjean was born on September 29, 1948 in a large Catholic and Social Credit family of 12, and lived in St. Thérèse de Blainville, north of Montreal. His parents, Léonidas Lefebvre and Régina Guay, were both very involved in the Work of MICHAEL and Vers Demain. They attended the Montreal meetings and brought their children along. This explains why three full-time Pilgrims of St. Michael came from their family. Having been brought up in this climate of charity and gift of self, Réjean, as soon as he turned 15, decided to follow the example set by his two older brothers, Marcel and Gérald, and offered himself totally the way they did to this beautiful ideal. Never did he look back nor did he have any doubts about his vocation.

He went into action with courage and determination, non-stop. He was called “the bulldozer”. He was one of the greatest apostles on the door-to-door crusade. Almost everyone he met, he would subscribe to MICHAEL. He was totally convinced that he was doing that person a favor. He knew that MICHAEL is the holder of a great truth. Along with the other full-time Pilgrims, after spending some two months to do apostolate in a region, Réjean would return to the motherhouse with a loadful of subscriptions. In the Prairies, with his companion, he would take 100, 125 subscriptions per day. He would spend a couple of days at our headquarters in Rougemont to prepare a new program, and would be gone again for another two months to conquer another region. This remarkable but exhaustible way of exercising his apostolate lasted more than 48 years. 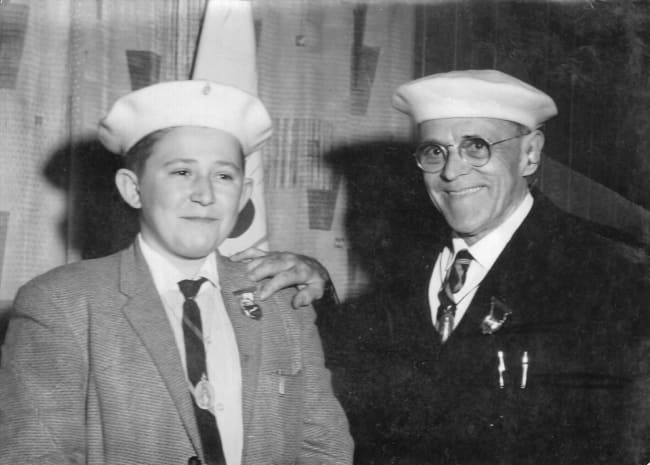 Réjean is congratulated by Louis Even in 1965.

Worn down, he settled at Maison Saint-Michel to carry on his apostolate closer by, while fulfilling many other duties: He did mechanic work, he sollicited food for the full-time Pilgrims, who are not paid for the work they do, and for the guests who take part in our Study Sessions. He drove the latter from and to the airport. He ran errands for everyone. If a problem arose, Réjean was there to take care of it. In winter, when a snow storm struck, Réjean would get up early and jump on the tractor to clear the way so that the Pilgrims could drive to the church for Mass. Above all, he was there for those who were in need.

Burning with the fire of his ideal, he continued his apostolate at the hospital, with the other patients, the nursing staff and his doctors. He subscribed the visitor of a patient who laid in the bed next to his. He was a witness until his last breath. He is not dead. He is more alive than ever, and we know he will help us more than ever having regained the strength of a 15 year old.

Réjean was laid in wake at the House of the Immaculate at the foot of Our Lady’s statue, next to the chapel, in a beautiful setting from Thursday evening, October 26, until 3 p.m. on Saturday the 28th, at which time the funeral was held in St. Michael’s Parish Church in Rougemont. The funeral Mass was grandiose, the choir surpassed itself. Réjean is buried in the Pilgrims’ cemetery, next to Maison Saint-Michel.