Written by Marie-Anne Jacques on Tuesday, 01 May 2012. Posted in Other topics 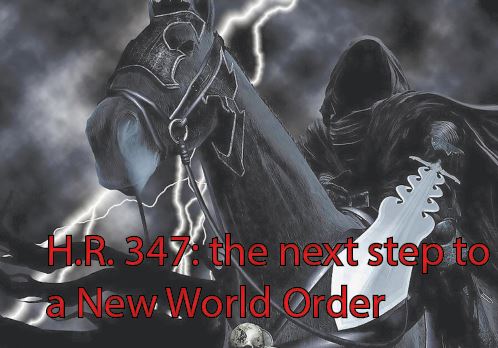 On March 9, 2012, President Barak Hussein Obama signed a bill into law entitled H.R. 347 (an updated version of the Federal Restricted Buildings and Grounds Improvement Act of 2011). Now, thousands of people across the United States will be prevented from exercising their rights as American citizens; the people who are working for a true and just American society will not longer be able to express themselves publicly or protest.

H.R. 347 prevents Americans from “entering or blocking public areas that have been closed off by Secret Service while a person under their protection is passing through.” The law also includes major restrictions at public events, such as Inauguration and Presidential campaigns. This new bill was very much welcomed by the United States House of Representatives, who gave it the astounding vote of 399-3. (Obviously our representatives are truly looking out for the interests of big government!) Justin Amash, (R-Michigan) Paul Broun, (R-Georgia) and Ron Paul (R-Texas) were the only three representatives who voted against H.R. 347.

“Current law makes it illegal to enter or remain in an area where certain government officials (more particularly, those with Secret Service protection) will be visiting temporarily if and only if, the person knows it’s illegal to enter the restricted area but does so anyway,” Justin Amash wrote. “[H.R. 347] expands current law to make it a crime to enter or remain in an area where an official is visiting, even if the person does not know it’s illegal to be in that area and has no reason to suspect it’s illegal.”

The Bill of Rights clearly states that this bill is an infringement on the rights of all American citizens: “Congress shall make no law respecting an establishment of religion, or prohibiting the free exercise thereof; or abridging the freedom of speech, or of the press; or the right of the people peaceably to assemble, and to petition the Government for a redress of grievances.”

So many new laws are being/have been introduced that take away our freedoms, not only in the United States but indeed around the world. These new laws eliminate all rights to citizens to protest corruption in the government or any group in authority. They are established by an agenda of dictatorship which is imposing complete slavery. This plan has created the urgent necessity for citizens of good will to create a properly organized method of sharing true and just information so that they can then act on it in such a way that will show the world that Christian principles are the only way to a peaceful, more just and better society. Those in power are only keeping it through the ignorance of the masses, and we would do well to remember that.