“If You Want to Cultivate Peace, Protect Creation”

Written by Benedict XVI on Friday, 01 January 2010. Posted in Environment

“If you want to cultivate peace, protect creation” 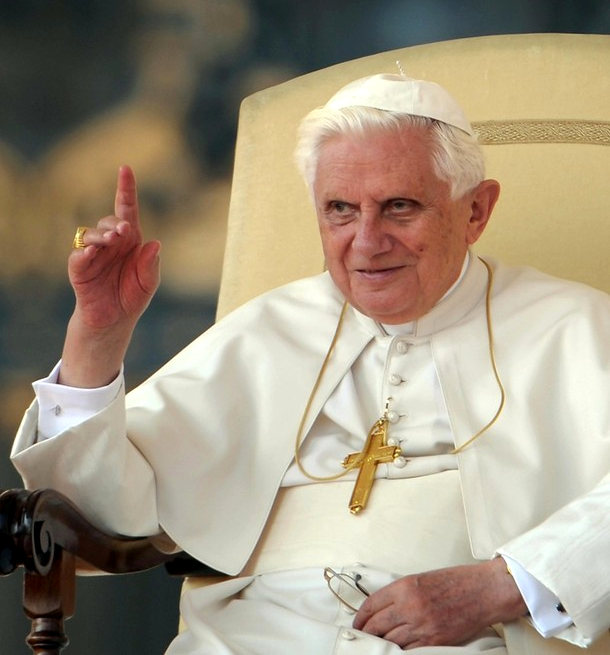 The ecological balance of the planet is threatened by pollution and the waste of resources — problems which, as the attentive students of Social Credit know, are directly caused by the present financial system. This brings about, among other things, the creation of useless needs to create jobs that are not really necessary. Douglas (the founder of the Social Credit school) justly pointed out that once the necessities of life are guaranteed, most people will content themselves with a simpler lifestyle which in turn will reduce the destruction of the environment by far.

Pope Benedict XVI has made several statements recently on the environment issue, which shows that he is taking this problem seriously. He even chose for the 43rd World Day of Peace on January 1, 2010, the theme: "If You Want to Cultivate Peace, Protect Creation." Here are some excerpts from this message, as well as other recent statements from the Holy Father:

Message for the World Day of Peace

"Respect for creation is of immense consequence, not least because ‘creation is the beginning and the foundation of all God’s works’, and its preservation has now become essential for the pacific co-existence of mankind.

"Prudence would thus dictate a profound, long-term review of our model of development, one which would take into consideration the meaning of the economy and its goals with an eye to correcting its malfunctions and misapplications. The ecological health of the planet calls for this, but it is also demanded by the cultural and moral crisis of humanity whose symptoms have for some time been evident in every part of the world.

"Humanity needs a profound cultural renewal; it needs to rediscover those values which can serve as the solid basis for building a brighter future for all. Our present crises — be they economic, food-related, environmental or social — are ultimately also moral crises, and all of them are interrelated. They require us to rethink the path which we are travelling together. Specifically, they call for a lifestyle marked by sobriety and solidarity, with new rules and forms of engagement, one which focuses confidently and courageously on strategies that actually work, while decisively rejecting those that have failed. Only in this way can the current crisis become an opportunity for discernment and new strategic planning.

"Human beings let themselves be mastered by selfishness; they misunderstood the meaning of God’s command and exploited creation out of a desire to exercise absolute domination over it. But the true meaning of God’s original command, as the Book of Genesis clearly shows, was not a simple conferral of authority, but rather a summons to responsibility. The wisdom of the ancients had recognized that nature is not at our disposal as ‘a heap of scattered refuse’. Biblical Revelation made us see that nature is a gift of the Creator, who gave it an inbuilt order and enabled man to draw from it the principles needed to ‘till it and keep it’ (cf. Gen. 2:15). Everything that exists belongs to God, who has entrusted it to man, albeit not for his arbitrary use. Once man, instead of acting as God’s co-worker, sets himself up in place of God, he ends up provoking a rebellion on the part of nature, ‘which is more tyrannized than governed by him’. Man thus has a duty to exercise responsible stewardship over creation, to care for it and to cultivate it. 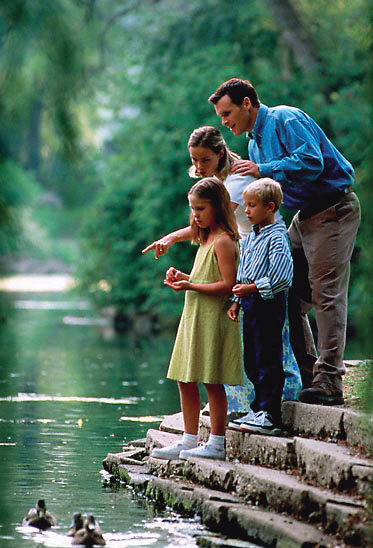 The Second Vatican Ecumenical Council reminded us that ‘God has destined the earth and everything it contains for all peoples and nations’. The goods of creation belong to humanity as a whole. Yet the current pace of environmental exploitation is seriously endangering the supply of certain natural resources not only for the present generation, but above all for generations yet to come.

"The ecological crisis offers an historic opportunity to develop a common plan of action aimed at orienting the model of global development towards greater respect for creation and for an integral human development inspired by the values proper to charity in truth. I would advocate the adoption of a model of development based on the centrality of the human person, on the promotion and sharing of the common good, on responsibility, on a realization of our need for a changed life-style, and on prudence, the virtue which tells us what needs to be done today in view of what might happen tomorrow."

In his address before the angelus prayer in St. Peter’s Square on January 1, 2010, Pope Benedict said:

"One objective that may be shared by everyone, an indispensable condition for peace, is the administration of the earth’s natural resources fairly and wisely. ‘If You Want to Cultivate Peace, Protect Creation’, is the timely theme to which I have dedicated my Message for today’s 43rd World Day of Peace...

"At this moment, however, I would like to stress the importance that the decisions of individuals, families and local administrations also have in the preservation of the environment. ‘We can no longer do without a real change of outlook which will result in new life-styles’ (cf. Message, n. 11). In fact we are all responsible for the protection and care of creation. Therefore in this field too, education is fundamental; to learn to respect nature, to be increasingly disposed; to begin building peace ‘with far-reaching decisions on the part of individuals, families, communities and states’ (ibid.).

"If we must care for the creatures that surround us, what consideration we should have for people, our brothers and sisters! What respect for human life!"

Address to the Diplomatic Corps

In his address to the ambassadors of 178 countries accredited to the Holy See on January 11, 2010, the Holy Father said:

"If we wish to build true peace, how can we separate, or even set at odds, the protection of the environment and the protection of human life, including the life of the unborn? It is in man’s respect for himself that his sense of responsibility for creation is shown. As Saint Thomas Aquinas has taught, man represents all that is most noble in the universe (cf. Summa Theologiae, I, q. 29, a. 3). Furthermore, as I noted during the recent FAO World Summit on Food Security, ‘the world has enough food for all its inhabitants’ (Address of November 16, 2009, No. 2) provided that selfishness does not lead some to hoard the goods which are intended for all."

Pope Benedict XVI did not forget about the environment issue in his latest encyclical, Caritas in Veritate, released in July, 2009:

"Nature is at our disposal not as ‘a heap of scattered refuse’, but as a gift of the Creator who has given it an inbuilt order, enabling man to draw from it the principles needed in order ‘to till it and keep it’ (Gen 2:15). (n. 48.)

"On this earth there is room for everyone: here the entire human family must find the resources to live with dignity, through the help of nature itself — God’s gift to his children — and through hard work and creativity. At the same time we must recognize our grave duty to hand the earth on to future generations in such a condition that they too can worthily inhabit it and continue to cultivate it… One of the greatest challenges facing the economy is to achieve the most efficient use — not abuse — of natural resources." (n. 50.)

To save and care for nature and the animals is good. However, to save human beings is even more important. Benedict XVI explains:

"It is contrary to authentic development to view nature as something more important than the human person. This position leads to attitudes of neo-paganism or a new pantheism — human salvation cannot come from nature alone, understood in a purely naturalistic sense. (Like transforming the earth into a god such as Gaia, the Greek mother-earth goddess.) This having been said, it is also necessary to reject the opposite position, which aims at total technical dominion over nature, because the natural environment is more than raw material to be manipulated at our pleasure; it is a wondrous work of the Creator containing a ‘grammar’ which sets forth ends and criteria for its wise use, not its reckless exploitation." (n. 48.)

"In addition to the irrational destruction of the natural environment, we must also mention the more serious destruction of the human environment, something which is by no means receiving the attention it deserves. Although people are rightly worried — though much less than they should be — about preserving the natural habitats of the various animal species threatened with extinction, because they realize that each of these species makes its particular contribution to the balance of nature in general, too little effort is made to safeguard the moral conditions for an authentic ‘human ecology’."