Who is above governments?

The Power of the Creators of Money

Some will say that God alone is the power above governments. That is correct even though some deny Him this primary position.  However, there is a power which no government refuses precedence and that is the power of the money creators.

As early as 1694, the Bank of England began to print paper money and lend it at interest. Today, the leaders of the Bank of England and their henchmen hold influential positions in every civilized country. Trickery, hypocrisy, lies, threats, murder, blackmail, intimidation, mockery and bribery are the tools of their trade and their hegemony dims the most famous conquests in history.

Napoleon, the military genius who conquered Europe, never fought the money creators. On the contrary, he flattered them for their support. The Bank of France, a private institution founded in 1800, helped perhaps as much as Napoleon’s cannons to conquer Europe. One must ask who was in charge, and obeyed, when Napoleon resorted to private bankers rather than implement a system of government issued money.

Benjamin Franklin wrote that the precipitous cause of the War of Independence was the Bank of England’s meddling with the independent money system developed in the American Colonies. (The Colonies enjoyed great prosperity by issuing their own paper money independent of England.) The money creators could not suffer their power being undermined, even by their own Colonies. “Where a man’s fortune is, there is his country” said Pope Pius XI in his Encyclical Letter, Quadragesimo Anno. 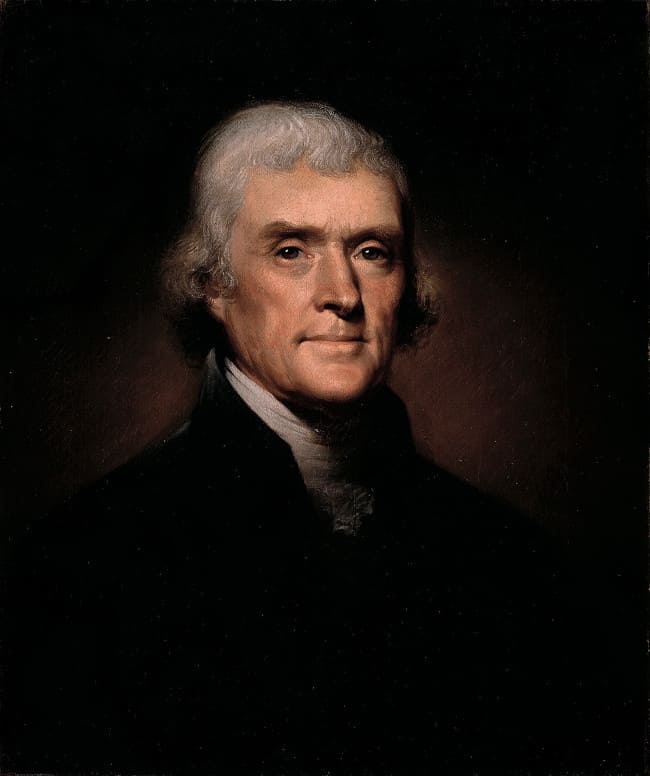 The new Government of the United States of America in its Constitution stated that “Congress shall have the power to coin money and regulate the value thereof.” But as in England, the money powers took the government’s place in the creation of money. As always, the ignorance of the population aided the usurpation. No government can resist the pressure of the money powers when public opinion does not support resistance. As early as 1787, President John Adams, George Washington’s successor, wrote to Thomas Jefferson:

“All the perplexities, confusion and distress in America arise, not from defects in the Constitution, not from want of honor or virtue, so much as from downright ignorance of the nature of coin, credit and circulation.”

Thomas Jefferson, another President of the United States, wrote to George Logan in 1816:

“If the American people ever allow private banks to control the issue of their currency, first by inflation, then by deflation, the banks... will deprive the people of all property until their children wake up homeless on the continent their fathers conquered. I hope we shall crush in its birth the aristocracy of our moneyed corporations, which dare already to challenge our Government to a trial of strength, and bid defiance to the laws of our country... The issuing power should be taken from the banks and restored to the people, to whom it properly belongs.”

Jefferson was correct. Mayer Amschel Rothschild (1744-1812) cynically but accurately stated: “Permit me to issue and control the money of a nation and I care not who makes its laws.” The money creators were already the masters in America, which led Jefferson to write the following to John Monroe:

“The Bank [the private banking system of the United States] is firmly in the saddle and keeps a tight rein on the nation; the Bank is firmly installed on our back and we are forced to go where it leads us.”

President Madison, Jefferson’s successor, said: “History records that the money changers have used every form of abuse, intrigue, deceit and violent means possible to maintain their control over governments by controlling money and its issuance.”

President Abraham Lincoln, with his moral strength, wanted to dethrone the usurpers and restore to the State its exclusive right to issue money but was reduced to silence by an assassin’s bullet.

President Garfield, a man of the common people, observed that “the hand that controls the money supply of a nation controls that nation.” He too was assassinated. Who gave orders to the killer? The international magicians of money who will permit everything but constitutional and honest money. 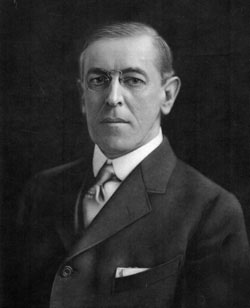 Wilson was re-elected for a second presidential term. For two years he was the star of international affairs, acclaimed as the greatest leader of the world’s greatest nation. However, he was controlled by a greater power and effected no change.

President Hoover acknowledged the existence of the same evil money power. He was asked: “Why then don’t you restore to Congress its powers?” He replied: “I would not be permitted to do so.”

In 1936, French President Leon Blum said: “We shall never consent to devalue the franc.” At the same time he was negotiating with the ruling money power the devaluation of the franc.

In Canada following a landslide victory with an unprecedented majority in Parliament, Prime Minister-elect Mackenzie King said: “Today’s vote proves that the people want the Government to direct the issuance of money and the dispensation of credit.”

A few days later, Canadians learned that Charles Dunning, Chairman of the Barclay International Bank, was appointed Finance Minister. Dunning was not even a Member of Parliament — he had already been a Liberal Member of Parliament in 1930, but King did not want him to run for office in 1935. We can guess who imposed Dunning on King. There was no further discussion regarding the Government’s role in money creation. Many newspapers even stated that King had chosen the best Finance Minister Canada possible given the present critical circumstances.

Governments seem to have two mandates: the mandate of the people and that of high finance. They meet the first mandate by uttering soporific speeches and the second mandate quietly, behind closed doors. The news media praises the “statesmen”  and hypnotizes the population.

Anyone sees that governments have abandoned the sovereign right to issue money. Pope Pius XI wrote in Quadragesimo Anno: “The state, which should be the supreme arbiter, ruling in kingly fashion far above all party contention, intent only upon justice and the common good, has become instead a slave, a docile instrument at the service of all passions and ambitions of interest.”