Global currency around the corner?

If the International Monetary Fund (IMF) gets its way, the U.S. dollar will be replaced by the “bancor” as the world’s reserve currency. According to a report published April 13, 2010, the IMF would like to adopt a plan of action that would expand the use of SDRs (Special Drawing Rights) to replace the U.S. dollar as the storehouse of value and eventually create a global currency called the “bancor.”

“Bancor” is the name suggested by John Maynard Keynes, the British economist who headed the World Banking Commission that created the IMF during the Breton Woods negotiations, which preceded the United Nations.

The new global currency would be issued by a new global central bank that would have the authority to levy taxes for various infractions. The bank would have to be, according to the report writers, “accountable to member nations, but remain independent.” This statement sounds much like the defenders of the Federal Reserve, which was created by Congress and is supposed to be accountable to Congress, but refuses to allow Congress to audit its activities or even to answer congressional questions about to whom it lends U.S. dollars. 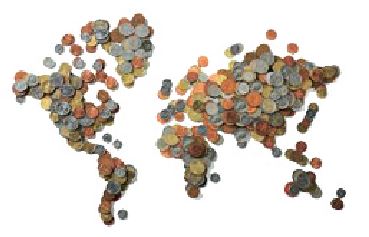 A global central bank has long been a goal of those who advocate global governance. America’s school system has failed to teach students about the century-long conflict between those who want a global governing authority and those who do not. Schools barely teach that Woodrow Wilson and his colleagues created the League of Nations, or why this institution failed. Schools never explain that many of the same people who promoted the League of Nations continued their efforts through non-government organizations such as the Council on Foreign Relations until Franklin Roosevelt was elected president.

The people who believe the world should be governed by a global authority have been working toward this goal for more than a century. They are relentless; they are driven; they are convinced that they know best how people should live. They believe that all nations and all societies should be controlled by an elite, benevolent intelligentsia that can ensure social justice by enforcing what has now become known as sustainable development. These people are closer to achieving their goal than at any previous time in history.

Woodrow Wilson assumed his political power would be sufficient to impose the League of Nations. He underestimated the determination of freedom-lovers such as Henry Cabot Lodge and other senators who refused to ratify the treaty that created the League. Roosevelt assumed that the devastation of World War II would be sufficient to usher in the era of world government under the authority of the United Nations – and he was right, until political reality crushed his utopian socialist dream of a global community. (...)

Those who advocate global governance have changed their tactics, but not their goal. They have made great strides through a variety of treaties, and particularly through the implementation of Agenda 21 and the concept of sustainable development. The erosion of freedom that is inevitable under any system of global governance has been painted green, packaged in a bundle labeled “social justice” and sold to a generation of Americans eager to make the world a better place.

The global currency proposed by the IMF is just the latest step toward that ultimate utopian vision pursued for so long by so many. The freedom that powered America’s rise to greatness cannot exist in a system of global governance. Individual freedom, granted by the Creator and guaranteed by the U.S. Constitution is at best diminished by global governance, and at worst completely denied.

Global governance in any form must be rejected.