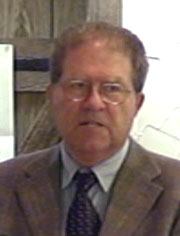 Patrick Redmond graduated with a Doctorate in History from the University of London, England in 1972. He taught at the University of the West Indies in Trinidad, then at  Adhadu Bello University in Kano, Nigeria before joining IBM.  He worked in IBM for 31 years before retiring. During his career at IBM he held a variety of jobs, including from 1992 until 2007 working at the IBM Toronto lab in technical, then in sales support. He has written two books and numerous articles.