Written by Anne Marie Jacques on Tuesday, 01 May 2012. Posted in Monetary Reform 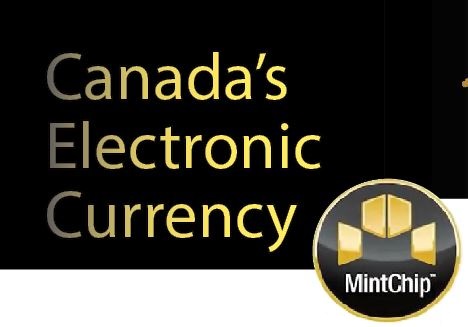 A digital currency called the MintChip is being promoted by the Royal Canadian Mint, making headlines in recent weeks. The idea is capturing the enthusiasm of many of the large corporations in Canada, and indeed the entire global community is watching its progress very closely.

According to the advertising on their official website, the Royal Canadian Mint is offering large sums of money to software experts to develop an application to the existing technology that will be an “alternative” to using coinage and small denomination bank notes. They say that this is their plan for the immediate future; however it is more and more obvious, through many different reports given around the world, that a global electronic currency, a so-called cashless society, is the ultimate goal of the financial elite.

“The Royal Canadian Mint MintChip Challenge invites software developers to create innovative digital payment applications using MintChip … Developers and the public are also encouraged to share ideas for how a digital currency can be used,” advertises the Mint. The proposed system would be a virtual payment method accessible through microchips, microSD cards and USB sticks. “The easiest way to describe it is that it’s a small chip like you would find in your phone,” said Christine Aquino, the mint’s director of communications. The Mint’s website says that, “submitted apps can run on Android, BlackBerry, iOS, Windows or desktop and mobile browsers.”

“Commerce is changing,” the Mint’s chief financial officer Marc Brule reiterated in an interview. “Who can predict what it’s going to be 10 years from now so with this changing economy and the growing digital economy ... we decided to engage in an R&D (Research and Development) project to see what kind of payment options there are out there. We came to the conclusion that there is still no cost-effective electronic solution that can accommodate low value transactions, protect privacy, and have some of the familiar properties and characteristics of cash.”

“Imagine a whole new breed of transactions that are smaller, faster and virtually everywhere. That’s where MintChip comes in – using a chip, you securely load value onto a smart phone, USB device, computer, tablet or cloud – or maybe even some future device that doesn’t exist yet,” states an advertising video found on the Mint’s website.

Rogers, Visa, Google and PayPal are already backing and preparing for this new technology, anticipating its rise in popularity. Visa’s digital wallet already works on some LG, Samsung and BlackBerry phones.

Dr. Carroll Quigley, professor of history at Georgetown University, was President Bill Clinton’s mentor. He was also an insider; groomed by the powerful clique he called “the international bankers.” He wrote:

“I know of the operations of this network because I have studied it for twenty years and was permitted for two years, in the early 1960’s, to examine its papers and secret records. I have no aversion to it or to most of its aims and have, for much of my life, been close to it and to many of its instruments... In general my chief difference of opinion is that it wishes to remain unknown, and I believe its role in history is significant enough to be known...

“The powers of financial capitalism had [have] another far-reaching aim, nothing less than to create a world system of financial control in private hands able to dominate the political system of each country and the economy of the world as a whole. This system was to be controlled in a feudalist fashion by the central banks of the world acting in concert, by secret agreements arrived at in frequent private meetings and conferences. The apex of the system was to be the Bank for International Settlements in Basel, Switzerland; a private bank owned and controlled by the world’s central banks which were themselves private corporations.”

The UN Conference on Trade and Development (UNCTAD) alleges that the system of currencies and capital rules which binds the world economy is not working properly. It added that the present system should be subject to a wholesale restructuring. Although a number of countries, including China and Russia, have suggested replacing the dollar as the world’s reserve currency, the UNCTAD report is the first time a major multinational institution has posted such a suggestion.“Replacing the dollar with an artificial currency would solve some of the problems related to the potential of countries running large deficits and would help stability,” said Detlef Kotte, one of the report’s authors.

A global electronic currency is just a part of the New World Order agenda which the global elite, of which the United Nations is a prominent member, have been planning for many centuries. If it is accepted by the ignorant population, literally every transaction will be recorded into a database. We will lose freedom to buy or sell as we wish. It will certainly be a very efficient method to control society even more than it is already.

“God’s plan for the world is that men should work together to renew and constantly perfect the temporal order,” stated Pope Paul VI in his decree on the Apostolate of the Laity, Apostolicam Actuositatem. As Christians, we must continue to inform the people and fight to have a more just and Christian society based on the teachings of the Catholic Church, through the Social Doctrine and its concrete application, Social Credit. The Pilgrims of St. Michael have been speaking and preparing against this agenda of total control for many years and now, incredibly, we are at the point in time where it is becoming an all to obvious reality.

“Those who have the privilege to know, have the duty to act,” said Albert Einstein. Are you, dear reader, willing to take a stand with the Pilgrims against this barbaric global control? As Christians and Catholics we are called to serve God through others, are you ready to do this on a personal level by informing those around you? Are you prepared to defend the Church, faith and family and promote a strong personal and family prayer-life in order to effectively fight against the culture of death? Are you willing to defend the rights not only for yourself but also for your family, children and grandchildren by becoming actively involved in your own community; by spreading and supporting the distribution of our leaflets; by subscribing your friends and family to the MICHAEL Journal; by giving a gift subscription to those who cannot afford to do it themselves? Are you prepared to defend your homeland and the civilization of love against the injustice and oppression brought on by the spirits of wickedness and evil?